And the truth is that this actually happens a lot in relationships. It happens to a lot of couples, in fact. That’s why you hear so many stories of people just falling out of love with one another. One minute, they seem like there is nothing that could ever come between the two of them. And on the next minute, they’re breaking up and trying to get over one another. It’s always such an unfortunate thing for anyone to ever experience… and you would never want to experience that for yourself, surely.

However, it’s still a possibility. That’s why when you notice that your partner is slowly falling out of love with you, you don’t want to be prolonging that agony. It’s either you do something to get them to fall back in love with you or you just break away from that person entirely. The longer you draw things out, the harder it’s going to hurt once the two of you do break apart. And you don’t want to have to put yourself through that kind of pain.

If you notice that a lot of these red flags apply to your guy, then he might already be thinking about leaving you.

1. He drowns himself in vices and harmful habits.

He starts to engage in a lot of self-destructive tendencies and toxic habits. This is his way of dealing with the woes that he’s feeling in your relationship. He is clearly unhappy about being in this relationship with you. And he’s finding destructive outlets for his feelings and emotions.

2. He spends more time at work.

He would much prefer to spend most of his time at work these days. This is a very real sign that he doesn’t enjoy spending a lot of time with you anymore. He’s finding any excuse to spend time away with you.

3. He shies away from physical intimacy with you.

4. There is a significant drop in your sex life.

You notice that your sex life has really taken a dip, and it’s all because of him. He hasn’t really been expressing a deep desire in wanting to get intimate with you anymore. It’s as if his passion has just completely vanished from the relationship.

5. He doesn’t open up to you about how he feels anymore.

He doesn’t really like to open up to you about his thoughts and feelings anymore. Whenever you try to strike conversations up with him, he just gives you one-word answers and he refuses to engage.

6. He has some drastic mood swings.

He goes through some pretty drastic mood swings. This is often a very big red flag because it indicates that he is emotionally unstable. And that emotional instability can never serve as a reliable source for consistent love in a strong relationship.

7. He grows more and more distant.

You just get the sense that he’s becoming a lot more distant with you – both in a physical and in an emotional sense. He seems very closed off and unwelcoming of your presence or companionship.

8. He picks fights with you over nothing.

He has a lot of pent up frustration and aggression inside of him because of the immense displeasure he has been feeling in the relationship. He obviously no longer wants to be here, and he’s taking all of his anger out on you even when you don’t deserve it.

9. He shies away from talking about the future with you.

He doesn’t really entertain any talks or queries that you might have about the future because he doesn’t really see a future with you anymore. To him, your relationship is just practically a ticking timebomb at this point.

10. He is a completely different guy from the one you fell in love with.

It’s as if he’s a completely changed man. He is no longer the guy you fell in love with. And it’s likely because he doesn’t carry the same feelings that he once used to when you first got together.

Read More
A relationship is supposed to empower you, not break you into a million pieces. Relationships aren’t always going…

Read More
We are only human. We all have our flaws. What’s the point of bringing old baggage into new… 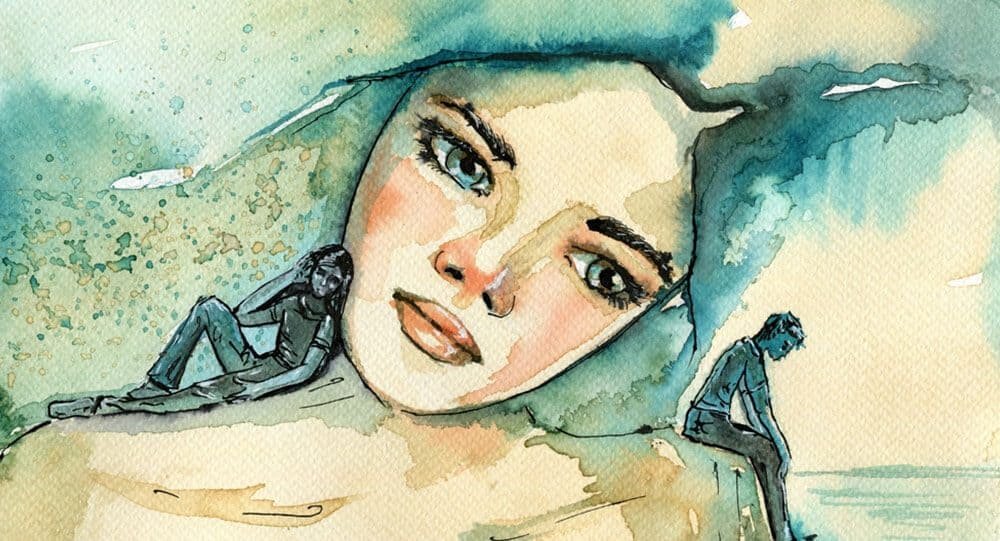 Read More
You don’t have the right to hate her for moving on from your failed relationship experiment.  You don’t…

Read More
Everyone has dreamt of their perfect wedding, from the dress till the bouquet, many young girls have planned…