Good times and bad times go hand in hand. You can’t have one without the other. If you think about it, they actually do complement each other. The bad times of course make you wish you’d never have to see them again. But at the same time they make you appreciate the good times. You learn not to take anything for granted. You learn patience and you become stronger and wiser. Virtues like these come at a price. That price is in the form of tons of sacrifices and difficult choices. But since right choices and difficult ones are often the same, they work out well for you in the end.

In a relationship, you have someone by your side through everything. And when you share everything with someone, your connection becomes deeper and stronger.

But there are going to be difficult times in your relationship as well. The ones you’re afraid to talk about because you don’t know what sort of a reaction you’d get in return and what it’d do to your relationship. The good stuff you can talk about very easily. But what about these bothersome things? If you feel safe in your relationship, no insecurities that is; then you can talk about the difficult things as well. You know its not something your partner would want to hear, but you also know that they’d be understanding enough to not be offended or hurt by it. Instead, they’d make sure you never have to feel the same way ever again.

The initial phase is all about constant meet ups, and calls and texts and what not. The frequency does reduce over time. But it should worry you if it’s been too long since you heard from them. Also, there’s nothing wrong with contacting them if you haven’t had a text or call from them in a day or two. You’re rightfully concerned, and they should know that too. Regardless of how long you’ve been in a relationship, something like this should always worry you. The concern isn’t of an insecure nature. You could simply be worried about something having happened to them.

You acknowledge their hurt and pain, especially when it is caused by you. You feel guilty for being the reason behind their pain. You realize you’re mistakes and own up to things that you’ve done wrong. And more over, you apologize. Not only that, you don’t just say it, you actually mean it. You’d do your best not to do the same thing over again. Because you’d never do anything to hurt them, intentionally. You do care about their feelings, and they affect you as well. You’d rather be the reason behind their smile.

3. You’re scared of opening up to them

We’re all secretly scared of being judged if we claim to be above all this. Especially when it comes to your partner. The last person you’d want to hate you or think low of you. We’ve all done things we aren’t very proud of. And there’s a reason why we don’t go around announcing such events. It takes a lot for to confess such things to someone. You don’t know if they’d even want to be you anymore or not. But when you see how easily they accept your scars and appreciate you even more for your honesty, it’s probably one of the most relieving things ever. A load off your chest. They know you trust them so much so that you’d show them even your darkest side, that ought to make your relationship stronger.

Arguments are essential to any relationship. The frequency and intensity might vary, but you’re always going to have arguments. Where feelings are involved, sometimes they’re bound to get hurt in the midst of things. But you never fight just for the sake of it. You get worked up because it matters to you, it effects the relationship and it isn’t good for either. You fight because you care. You want what’s in the best interest for both of you and the relationship as well.

In every single way! Physically, emotionally and mentally as well. All the time you’ve spent getting to know them, love them and encourage them gets you exhausted every now and then. This is a person you’re willing to do everything for. And all of that is indeed tiring. It’s hard work, but it’s worth they. They’re worth it. Even though you’re tired, you’d never mind repeating the whole routine over and over again just because you love them.

6. You allow them to take over your nerves

It’s great to have someone who accepts you and loves you for who you are. And it’s not an easy task to win someone’s heart. It takes a really long time to do so. And even after that, there is no rest. Then you’re constantly worried about every little thing you do. Because you’re not sure what will they think of you if you do or don’t do a certain thing. Their approval matters a lot. A compliment from them could make your whole day just as their disapproval would ruin it. You can’t even help allowing them to enjoy such power over you. They’re indirectly in control of the things you do or don’t do, and you have no issue with it.

7. You’re completely naked with them

Again, in every way possible. They’ve seen you at worst, yet their affection has only enhanced. The very things you hate about yourself or are scared to share with anyone, they manage to unravel all those things. And they love every side of you.

When you can’t be with them and there’s nothing much you can do about it. This is pretty much one of the worst feelings for you. All it spells out is frustration. It’s worse when you’re not sure if they’re feeling the same helplessness as you or not. You want them to be on the same page. And you need to hear it from them. The distance, if for long periods of time, with not much communication becomes the most annoying thing ever.

9. You realize that there’s a lot to learn

It’s the knowledge they have of you that can be troublesome. If they wanted to, they could bring you unimaginable damage because of what they know about you. They know you better than anyone else. Even though it’s crucial to a relationship it’s scary to have someone know all of your secrets and depend on them to keep them safe.

Relationships area kind of a mix of a whole lot of elements and even in that a mix of so many different feelings. It’s an emotional roller coaster. But if love someone, you don’t really mind the ride.

5 Things to ask yourself before asking someone out 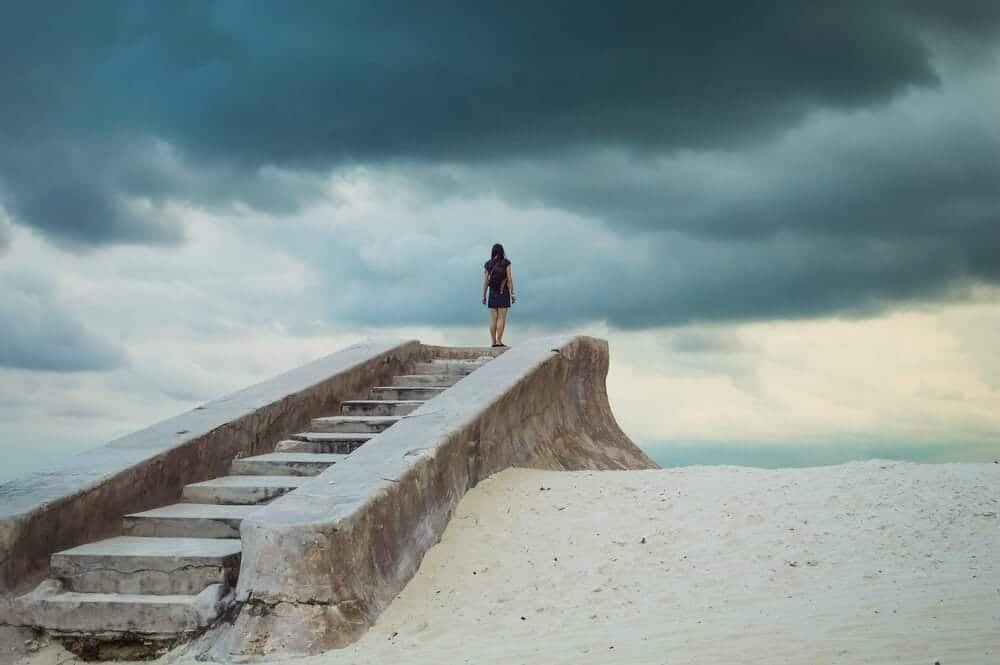 I Don’t Know How To Flirt, So I’m Going To Stare At You Until You Marry Me

The Real Reason Why Sex Is So Important In Relationships