15 Things Guys Will Actually Do When They’re Into You

Is he into you?

We all have those several guys around who throw subtle hints at us and kind of tell us that they like us. We can’t always be sure due to multiple reasons. Usually the first part of a relationship start with curiosity and a lot of butterflies in your tummy.

The thing is that when you are having those butterflies in your tummy, it is more like you are losing your common sense and you cannot tell whether the guy actually wants you or not. It is natural and it is a very understandable if you end up believing that the guy actually want to have you in his life and he isn’t just playing.

This may also help you find out whether the guy is just playing with you or simply having a fling which may not mean too much to him in the future. We ladies don’t like to be a fling now don’t we?

1. We all want to feel special which is why we do not want to waste time on men who do not take us very seriously. The first way through which you can tell whether a man is really serious about you is the fact whether he invites you over for the very famous Netflix and chill. For some people it may not be a huge deal but actually if a guy invites you over to watch a movie with him and then chill it mean he is indirectly telling you that he likes you. For some people it may even mean that he just wants to spend time with you and not do anything sexual which is why if you get to hear this from a guy then there is a fair possibility that he might be into you. This is another hint of showing you that he is comfortable with you and he wants to have you over at his place.

Netflix and chill is very special it is not for every single person that you know so if a guy is using this on you it means he genuinely wants to spend some good quality time with you.

2. If he calls you at least once in a day it means he really cares for you. If you guys have just started to see one another and he calls you in three or four days, even that is fair enough because he doesn’t want to freak you out by calling you every day.

3. If it invites you to do guy things like playing a game or simply watching a game then this is a huge hint that he is into you. Guys usually prefer to do guy stuff with other men but if he is ready to have his guy time with you then it means that you are really special to him.

4. If he wants others to know about you and he wants to make it official then that is yet another hint that he does not take you as a joke or is not just wasting your time. If he is mentioning it again and again on social media or he is introducing you as his girlfriend to other people in his circle of friends then it means he is very serious about you.

5. If he keeps a check on you or he keeps checking up on you then this is another hint that he is very serious about you. Guys don’t usually check up on just random women they only do it for those who they are serious about.

6. The guy is fooling around then he will not be concerned with your company or with your friends. But if a guy respects your friends and is really nice to them it means that he is seeking acceptance from other people you hang out with. Such a guy is not joking around so if the guy you are currently with is very nice to your circle of friends including men and women both and he is also very nice to your family it means that the man is trying to make a good image and is very serious about you.

7. Taking someone on a date is not a joke. If a person is taking you out on some very nice that’s not too fancy and not too low but very nice comfortable place then it means that the person is really interested in you and is not joking.

8. Now for men night out with the boys is quite important. So if a man asks you to go out with him on a night out with his brothers or his friends it means that he wants you to be friends with them or at least get to know them. This is again an indication of a very serious man. Serious in terms of wanting a good relationship with you. – Continue reading on the next page

9. Sometimes too many questions can bother you but if a man asks questions it means he’s interested in knowing where you are, what you do and what your interests are. Do not get too bothered by the questions you are asked. Instead try to take it as a hint that the man is interested in you.

12. If a man takes your advice seriously it means that he gives you importance in his life. He wants you to know that your opinion matters a lot to him which is why he is considering it. If a man is not serious with you he won’t even pay attention to your advice. In fact he would just ignore it and make you feel like your opinion does not matter.

13. Time is money and if a person is taking out their time for you it means that the person genuinely cares for you. Here you will have to pay a little bit of attention. If a man is having a busy schedule yet he somehow manages to meet you, see you or even talk to you on phone it means a lot but if a man has a lot of free time and comes to you but doesn’t come to you when he has no time it means he’s not very serious with you unfortunately.

14. Men don’t let every single person meet their family. If a man invites you over to his place or takes you out for dinner with his family it means he is very serious. That is definitely no joke because introducing you to his family means he wants them to know that he is serious about something. Men do not joke about these things.

15. Now this one is very important. If a man talks about his future with you then it means he actually thinks about having a future with you. When a man talks about his future it would definitely include having a home, a nice car, a pet dog may be and kids. In this case you should realize that you just found the man who actually takes it seriously. Some of you might have a lot of men who take you seriously but for some other women this is not very common.

In the current busy lives that we all have, finding such a man can be really hard and let’s face it many of us do not want to waste time in even finding them. So if such a man comes to you then you should know that these are the hints that are going to help you.

If there are more indications in your mind which may help other women know that the man they are currently dating or seeing is quite serious about them then do share them with us because your opinion and your help matters a lot to us.

Read More
If you have ever tried getting over a breakup in the past, then you probably know just how…

Read More
A healthy relationship changes you as a person; you will be glowing like sunshine. I have been in…

Read More
The weather change in the months of October and November brings gloominess in the atmosphere. We long for…

Read More
Two people in a relationship are always investing something, big or small, in their relationship to keep it…

Read More
Love is such an important and necessary feeling in life, it changes your life completely and positively. Therefore,… 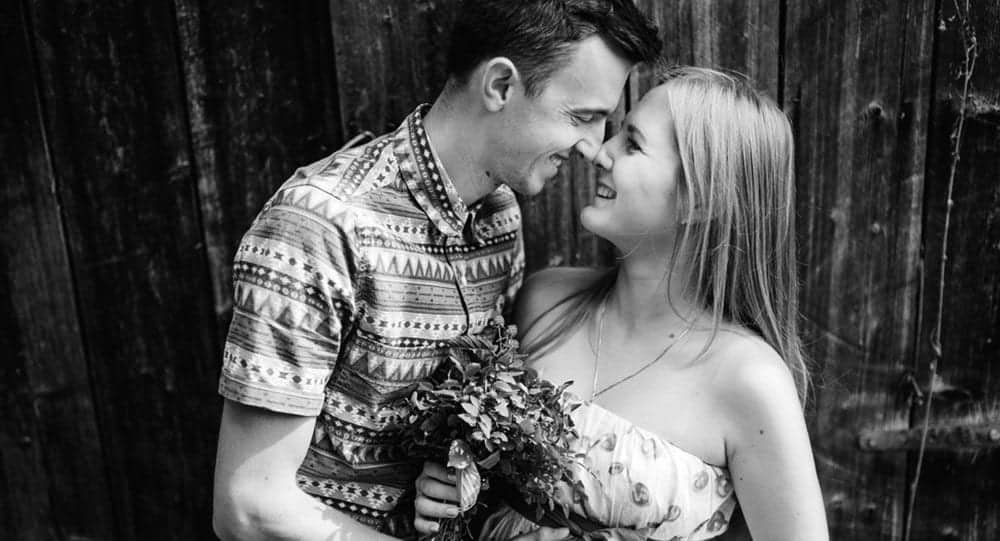