Have you been cheated on?

Cheating is never fun when you’re the one who is being cheated on. But what you fail to realize is that cheating isn’t fun for the person who is cheating on you either. That might come as a little counter-intuitive, right? How could a person who is deliberately damaging your relationship by engaging in third-party relations with someone else be the one who is suffering in that situation? How is the cheater get to play the victim role in that instance? It’s just an idea that’s downright weird to entertain. But just really think about it. The person who cheated on you probably has inner demons and unhealthy desires that you don’t even know about these demons are what drove them to do the unthinkable and cheat on you. Of course, that isn’t good news to hear;

and it doesn’t necessarily right a wrong. But it gives you a whole new perspective on things. You might be able to find some solace in the fact that you’re not the only one who is suffering in this situation. And sometimes, a fresh perspective is all we really need to feel better about an unfortunate situation that’s just beyond our control. There are many other fresh perspectives that you could be depriving yourself of because you are letting your anger and disappointment cloud your mind. When you get cheated on, it’s emotionally devastating. There’s nothing quite like the pain of knowing that your partner doesn’t love you enough to actually stay loyal to you. And it can be very difficult to bounce back to a state of emotional stability after an episode of cheating. But as previously mentioned, sometimes all that you need to accelerate the healing process is a fresh perspective on things. Here are a few things that you should keep in mind when you’ve been cheated on.

1. A cheater is more broken on the inside than you are.

Remember that despite the fact that you are the victim in the situation, there is nothing wrong with you. In most cases, when you are the one who is cheated on, you are not necessarily doing anything wrong. The most likely diagnosis is that there’s something about the cheater that is broken. There are things inside them that they just can’t seem to channel positively. There are aspects to their personality that are unstable and which drive them to engage in toxic and destructive activities like cheating. They are the ones with the problem and you just ended up being collateral damage because of it.

2. Arguing when you are only emotional can do more harm than good.

Sometimes, silence can be just as therapeutic as emotional outbursts. You probably feel the urge to just smash the cheater’s face in. You probably just want to run into a forest and scream at the top of your lungs. You probably just want to break everything in sight. But you have to know that because that is the kind of behavior that is expected of you, it can completely catch a cheater off guard when you have a silent reaction. Your silence is going to prevent you from engaging in destructive dialogue and it will drive the cheater crazy.

3. It is much better to wish the best for people especially those who are least deserving of it.

Always be positive especially during times of negativity. Just because the cheater was being mean, unkind, and inconsiderate doesn’t mean that you have to stoop down to their level. Take the high road and be a diplomat. Wish the cheater well and just move on with your individual lives. The cheater will feel horrible about what they’ve done and you will feel so much better by taking the high road.

4. It’s difficult to just accept the truth, but it’s a lot healthier than holding on to a lie.

Acceptance is key in moving on. You have to learn how to welcome the truth no matter how inconvenient or heartbreaking it may be. It’s essential before you can finally get back to a place of emotional sanity and stability.

5. Sometimes it’s necessary to forgive someone even when an apology was never issued in the first place.

Not all forms of forgiveness require apologies. If you’re going to keep on waiting for an apology that is likely to never come to you, then you are only causing unnecessary suffering for yourself. Just learn to forgive the cheater even when they didn’t ask for your forgiveness even when they don’t deserve it. For your sake, you have to be able to be forgiving.

6. Not everyone is going to be a cheater and so you shouldn’t generalize.

Don’t let this one unfortunate instance of human weakness taint your view of humanity. Just because you were cheated on by someone you love doesn’t mean that all people in the world are inherently cruel or evil. Don’t let a few bad apples spoil the whole bunch for you.

7. This could be a When one door closes, another one opens kind of situation for you.

Have you been cheated on? Talk to me in the comments below! 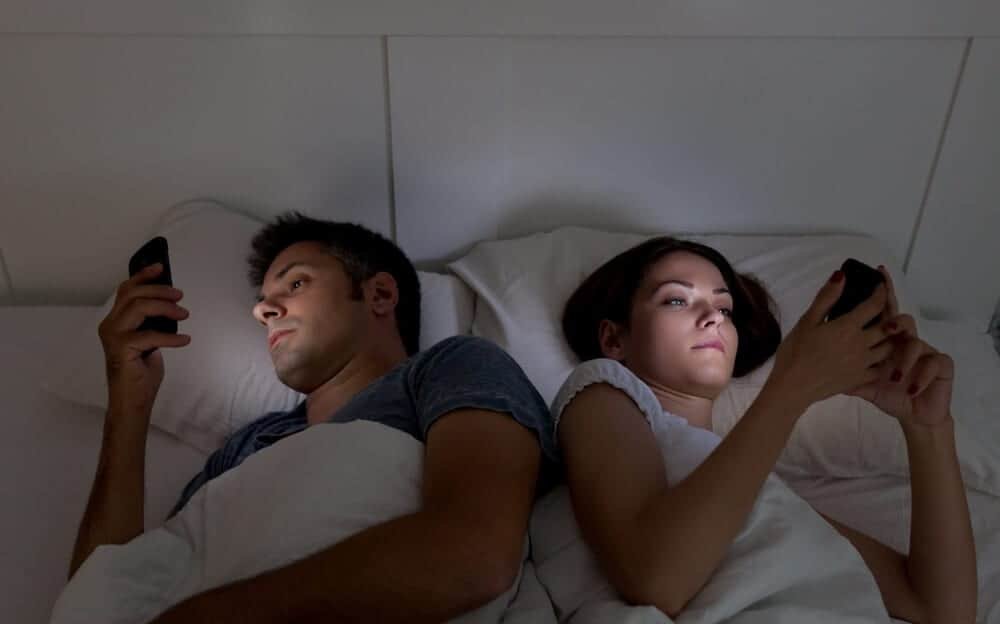 6 Signs – Your Life partner is cheating on you

25 Signs That Your Husband Is Cheating On You