9 Things That All Women In Relationships End Up Doing

She most definitely will hog almost all of the bed, for no rhyme or reason.

It’s true that not all men (or in this case, women) are created equal. However there are universal constants when it comes to gender tendencies. There are just some predictable activities that can be attributed to a specific gender. A lot of us are a little more similar than we would traditionally think. There are some things that are inherently natural to us, that even our subconscious ends up controlling our thoughts and we end up just naturally sharing the same thoughts.

These are some of the few things that all women in relationships end up doing:

1. Dream Up Plans for the Future

You may not even be consciously be making plans for you and your boyfriend with regards to the future, but at various points, you spend some parts of the day daydreaming about what the next few months or years will look like. You really can’t help it. You’re just naturally forward-thinking and you think it would be an absolute waste of time to be in a relationship without a future.

2. Use Her Partner As a Support System When She Gets into an Argument With Someone Else

Your boyfriend may be your rock. He’s your source of strength for anything daunting that comes into your life. He gives you the confidence to face your challenges head on because you’re confident he’ll always have your back. And so when you do come face-to-face with an adversary, it’s only natural for you to turn to him to help you out. He may let you fight your own battles sometimes, but if he’s a kind and smart boyfriend, he’ll know when the proper time to step in will be. You can just carry on knowing that he will always be there for you.

3. Get Tinges of Jealousy When He’s With His Lady Friends

You can’t help it. You know that your boyfriend is madly in love with you and that he only has eyes for you. He’s not even looking at any other girl at this point. He has his lady friends, sure, that’s normal. It’s the same as you having your guy friends who you can feel comfortable around. Despite the normalness of the situation, you just can’t help but feel a little jealous of his lady friends every once in a while. This jealousy is especially magnified when they get along particularly well and you are going through a rough patch. Don’t worry about it though. Your boyfriend having lady friends doesn’t automatically mean infidelity. You should both have healthy friendships outside of your relationship. – Continue reading on the next page

You don’t even mean to do it. It comes perfectly naturally to you. You’re sleeping on the same bed, but your allotted real estate on the mattress is substantially much more prominent than his. He doesn’t mind though because he’ll do anything to make you happy. You should be so lucky to have such a great boyfriend.

5. Use Occasional Baby-talk When Conversing With Him

This is particularly strong for women whose mother instincts are excessively strong. You treat your boyfriend like a baby because you love him as much as you would love your own child. You sometimes end up baby-talking him and it can be cute at times. Don’t forget that it can get annoying or embarrassing if you do it too often though.

Social media essentially consumes our daily lives in this modern age. There’s nothing that anyone is doing that we don’t know about. Whenever your boyfriend posts an article or a photo on social media, you automatically just click the like button or think up a witty comment to get his attention. You don’t really mean to do it on a conscious level, but you end up doing it anyway.В – Continue reading on the next page

This is an attribute that is almost exclusively found in girlfriends only. You’ll never see boys borrowing articles of clothing from their girlfriends, but it’s perfectly natural for women to borrow clothes from their boyfriends. Sometimes you just feel like heading out in nothing but an overgrown shirt and jeans, and no one would bat an eye really. You don’t really put too much thought into borrowing his clothes because it’s an acceptable practice.

8. Build Weekend Plans Around The Boyfriend

Not to say that you’re not allowed to make plans without including your boyfriend, but you just always end up thinking of him whenever you’re making plans. You always hold off confirming your attendance to friendly gatherings because you want to know if your boyfriend has any plans ready for the both of you.

9. Open Up To Their Boyfriends About Everything

You’re a strong and independent woman who rarely shows emotional weakness to anyone. Your boyfriend is the only exception. You feel like you can be completely open with him and not feel judged in the process. You can talk to him about absolutely anything and it wouldn’t make you feel uncomfortable at all.

Ladies, can you relate to this? Let me know in the comments below! 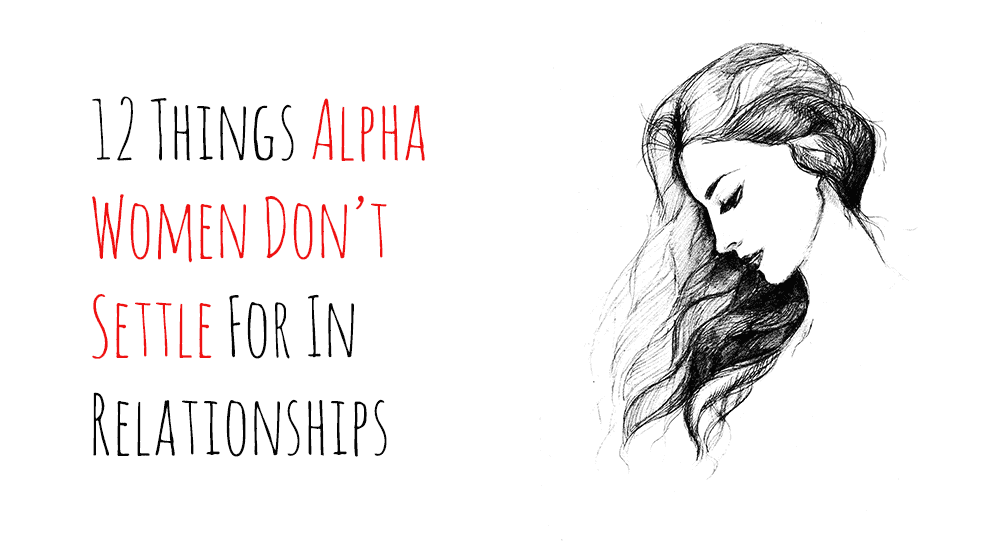 Read More
Any alpha women in the house? 1. Constant excuses for bad behavior and mistakes. An alpha woman isn’t…

Read More
She’s a queen who deserves a king! There’s no denying that love is one of (if not the…

Read More
It takes a lifetime of pain, heart-wrenching experiences, and diverse personalities around you to reach a certain level…

Read More
Any independent women in the house? 1. They aren’t too fond of the modern dating system. They don’t…

Read More
"Using ‘I’m fine’ as an answer just to make a point." Relationships can make for very messy ordeals,…