HomePop cultureAnthony Mackie said his Four Boys were Not Impressed with him as an Avenger, “They Couldn’t Care Less”
3 minute read

Anthony Mackie said his Four Boys were Not Impressed with him as an Avenger, “They Couldn’t Care Less”

Anthony Dwane Mackie, famous as Anthony Mackie, is an American actor who made his acting debut with the semi-biographical drama film 8 Mile. In 2004, he was nominated for the Independent Spirit Award for Best Actor Award for his performance in the LGBT drama Brother to Brother.

Mackie gained huge recognition worldwide for his role as the first black Captain America in Marvel’s The Falcon and the Winter Soldier. His notable projects include The Banker, 8 Mile, Altered Carbon, Outside the Wire, Black Mirror, The Avengers, Real Steal, Our Brand is Crisis, and Point Blank.

The Avengers actor is a doting father to four kids whom he shares with his ex-wife Sheleta Chapital.

“The actor and Chapital quietly wed in Punta Cana, Dominican Republic, in December 2014.” Per Us Weekly. “The pair have known each other since they were seven and rekindled their romance in 2009.”

“Mackie flew her to the island while he was filming “Our Brand Is Crisis” with Sandra Bullock. They tied the knot in front of about 150 close family members and friends. ‘It was low-key and super-relaxed,’ Page Six reported in 2015. ‘They had a welcome dinner. We golfed and drank. They went on a honeymoon soon after.’

According to the 8 Mile actor, he had known Sheleta since he was a kid, and they dated on and off.

“I was coming from a very bad school and going to a very good,” he said in his interview on The Queen Latifah Show. “And when I walked into second grade, it was Dr. Seuss’s day. We had the little hot plate out, and the teacher made green eggs and ham. So, you know, I walk in and I look, and I see this girl with these little ratty pigtails and skinny legs, and I was like, ‘Wow!'”

The couple stayed together for almost three years before splitting in 2017; the reason for their divorce is still unknown.

In an interview with PEOPLE, the 42-year-old Marvel star revealed that his four boys were not impressed with him being a Marvel movie star.

“They’re pretty much really not into me as an actor at all. It’s shockingly funny how much they couldn’t care less about me being in movies.”

Speaking about his sons, who are between the ages of 4 and 11, the actor added that they are more interested in video games than Marvel movies.

“I can’t remember his name, but there’s this British dude who sits online and plays Minecraft, and all these kids watch him. This dude is like Michael Jackson in my house, to my boys,” he said.

In another interview on Late Night with Seth Meyers, the Real Steel actor said that he had to force his boys to watch his show his Disney+ show.

“We’re a board game family, so I had to force them to watch The Falcon and the Winter Soldier. It’s World War III over here when we play our board games; we’ve ripped up many a Hungry Hungry Hippo going at it over board games. But they got to see it.”

What are your views on Mackie’s statements about his kids’ interests? Let us know in the comments. 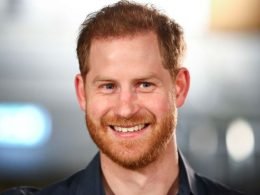 Johnny Depp is Finally Returning to the Big Screen