HomeLifestyleBirthstone Personality: What Does Your Birthstone Say About You?
4 minute read

Birthstone Personality: What Does Your Birthstone Say About You?

When I was seven years old, my mom got me a book filled with some stories and some informative articles; my favorite part was a section on birthstones. I didn’t even know birthstones existed until I got that book, and after that, boy, was I obsessed.

I remember asking every single guest who came to our house their birth month and then telling them what their stone was and what it said about them. It was just so fascinating at that time, and it still holds some of that fascination for me. Wouldn’t you like to know what your birthstone says about you?

Garnet comes from the Greek word ‘granatum‘ and means pomegranate seed. If you have seen a pomegranate seed, you’ll understand why. This deep red gemstone symbolizes everlasting friendships and loyalty.

Considering what it stands for, it’s the perfect gift for a friend or loved one. As someone who’s birthstone is the garnet, not only are you a loyal friend, but you are a very hardworking and determined person. Not only that, but you also have a deep thirst for knowledge and spreading awareness.

Amethysts are the color of grape wine. Ironically enough, in ancient times, February’s deep purple birthstone was thought to ward off the stupor inducing powers of the wine god Bacchus. This gemstone signifies individuals who are bold and wilful.

Amethysts were also said to keep the wearer clear-headed and vigilant, and so people with this birthstone are considered witty and very smart. So, if you need some help during an exam, maybe borrowing your mom’s amethyst necklace would be a good idea.

The name aquamarine comes from the Latin words, ‘aqua’ meaning water and ‘marina,’ meaning the sea. A myth related to this gemstone is that it protected sailors on voyages. There is something about the color of aquamarines that gives a very calm and soothing effect; not surprisingly, people with this birthstone are peace-loving individuals who prefer the quiet.

The transparent blue of aquamarines also signifies honesty, which is a characteristic of people whose birthstone is. It might be a good idea to be friends with a few people born in March.

One of the most valuable stones on the planet; is that a diamond loses its value if not given in love. Better be careful who you gift a diamond ring to, might not get much back on the refund! This beautiful clear stone symbolizes eternal love and strength.

People born in its month are fighters who love being in the spotlight. They are incredibly courageous and not afraid of a challenge. If your birthstone is a diamond, you might give stage acting a try.

The name Emerald is derived from the Greek word ‘smaragdus,’ which means green, fitting considering all emeralds are a beautiful deep or light green. Emeralds were supposed to be a sign of good fortune and youth.

It was said that they give the reader foresight. People with this birthstone are creative, determined, and fun-loving individuals who deeply understand how people feel and are highly empathetic. Due to this, they are sensitive to those around them and tend to cheer people up.

Pearls are considered the Queen of Gemstones and are some of the most rigid gems to come across since they form inside oysters. Just like this birthstone, June babies are some of the rarest people around due to their happy-go-lucky attitude. Their feelings can be easily hurt, yet they are very resilient people.

Rubies are considered the King of Gemstones, and this beautiful precious red stone symbolizes fun-loving and reckless people. July born people love a good laugh and adventure; they are also perfect leaders as they can quickly diffuse high temper situations.

Ancient Egyptians called Peridots the ‘gem of the sun.’ This gemstone was considered to ward off envious thought, and so was used as an amulet against evil spirits. August babies are full of fun and humor and shine just as bright as the sun. They are incredibly optimistic yet also logical and rational.

The name sapphire comes from the Persian word ‘safir‘ meaning blue. This royal blue stone symbolizes loyalty and commitment. Along with this, people born in September have very high expectations and standards for themselves and others, and so they are incredibly hardworking, dedicated, and creative.

This beautiful multi-colored stone symbolizes people with very well-rounded and holistic personalities. Not only are Opal people are party crazy, but they also have moments where they require calm and peace. They are also immensely strong-willed and goal-oriented.

This beautiful champagne colored gem is the stone of smart and independent people who need nobody to inspire or motivate them. Instead, they encourage and motivate those around them. Although they don’t need it, still they love praise and appreciation from people.

The word Zircon comes from the Arabic words ‘zar‘ and ‘gun,’ meaning gold and color. Myths associate zircons with healing illnesses and preventing injury. Just like this December, babies can uplift the spirits of those around them. They love a good laugh and are just about bursting with energy and are always up for an adventure. So, if you are looking for a friend to travel with, befriend someone born in December.

Does this article resonate with you? Do you believe in birthstones? Let me know in the comments down below!

7 Signs That You Have A Strong And Intimidating Personality 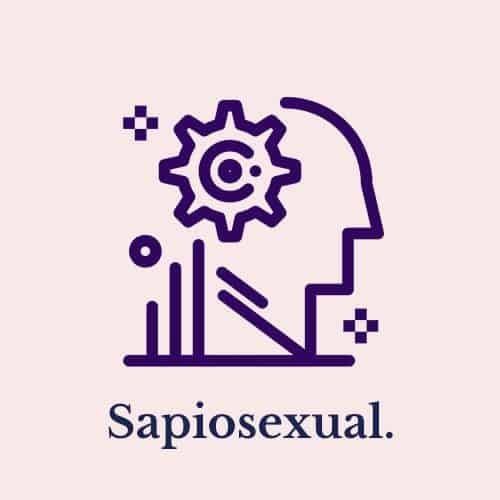 Sapiosexual – Being Attracted by the Mind

What it Feels Like to be in a FLING with Someone