If He Doesn’t Do These 7 Things, Then He Really Doesn’t Love You

A lot of us will claim that we want love in our lives and yet we fail to even recognize it when it’s right in front of us. Why is that so? Well, it’s probably because love is a little complicated. Okay, scratch that. IT’s VERY complicated. While it can be the single most beautiful thing in the realm of human existence, it can also betray us in ways that are just downright heartbreaking. And perhaps that’s why a lot of us can be very distrusting of love even when it’s staring us right in the face. We don’t want to allow ourselves to believe that it’s love so that we save ourselves from eventually getting hurt and broken.

But at the end of the day, true love should always be worth the risk. Love is amazing. Love is what makes the world go around, as they say. Love doesn’t necessarily give us life – but it’s definitely what we live our lives for. And without love, this life wouldn’t be as beautiful as it is. So we always have to make sure that we welcome love into our lives whenever the opportunity is presented to us. But how do we know when a love is real? Still, the truth persists that we could dupe ourselves into thinking that love is there even when it isn’t. And when that happens, we end up getting disappointed because of our heightened expectations.

We always want to make sure that a love is real before we take a chance on it. But how exactly do we do that? Well, it all starts with being able to recognize what true love looks like. So here are some signs that he definitely loves you – and if he doesn’t do these things, then it isn’t real love.

1. He has great attention to detail with your life.

He really pays attention to the little things. He doesn’t take anything for granted when it comes to you. He express a profound interest in your life because he genuinely wants you to be an important part of his life. And he knows he can’t do that if he doesn’t make an effort to learn as much as he can about who you are – even the littlest details.

2 . He always makes it a point to carve time out of his schedule for you and the relationship.

He knows that how he schedules his time is indicative of his life priorities. And so that’s why he always makes it a point to make time for you. He wants you to know that you just aren’t a mere hobby or accessory. He wants to make you feel like a priority.

3. He doesn’t shut you out from his life.

He really does value your thoughts and opinions. He always makes sure to listen to your advice on things that typically only concern him. He makes you feel like he really relies on your perspective. And when it comes to planning his schedule, he always wants to include you in the process. He doesn’t want to make it seem like he still sees himself as a person who can live his life without taking you into consideration.

4. He does whatever he can to appease your insecurities about your place in his life.

5. He doesn’t withhold his love and affection for you.

He doesn’t act shy about being in love with you. He doesn’t act as if he’s disinterested in an attempt to test you. He isn’t going to act like he doesn’t love you just to see how you would react. He isn’t into playing those kinds of games with you. He always wants to keep it real with you – and whatever love he feels for you is never going to be withheld or concealed.

6.  He makes an effort to make your life as easy as possible.

He goes out of his way to make your life as easy and as convenient as possible. He isn’t selfish at all. He is always thinking about you. He wants you to know that he isn’t just living for himself anymore. He cares about the quality of your life and he’s investing himself in it.

7. He allows himself to be vulnerable with you.

He really doesn’t care about making himself look weak in front of you. He’s not looking to play any games with you. He’s not trying to put himself in a position of power. He knows that the only way he can get you to trust him is if he lets himself be weak and vulnerable with you. He knows that he has to show you that he is willing to open himself up to you because he trusts you as well. 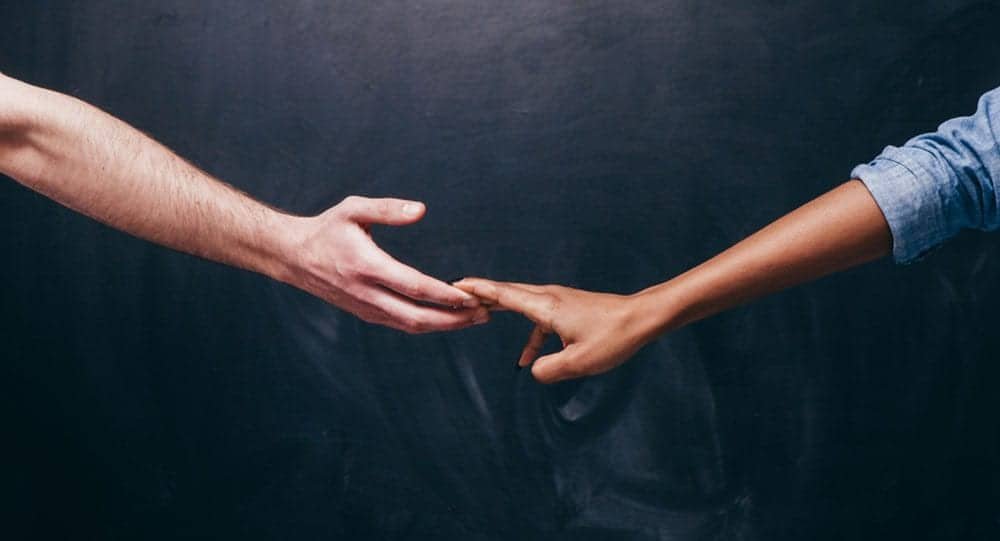 Read More
Learning about your partner is a process. If you pay attention, listen, and give them your heart, you… Read More
1. He gains a new perspective on life. Whenever a man is fortunate enough to meet his soulmate,…

Read More
1. You only ever seem to talk about the negative things in your life. Yes, life can be…