Over a 2.3million people have signed a petition demanding Amber Heard’s removal from Aquaman 2, as she goes into court with ex-husband Johnny Depp.

Peter Safran, the film’s producer, dismissed the campaign on Change.org years ago, saying that it would have no bearing on the film’s casting decision.

DC sequel starring Heard as Mera, Aquaman and the Lost Kingdom, wrapped shooting in January, director James Wan confirmed. The film is due for release on March 23, 2023.

It was created by fans who claim that Heard “has systematically crusaded to ruin Depp’s Hollywood career” ever since they divorced in 2017. It is aimed at collecting three million signatures.

Depp, 58, has filed a defamation lawsuit against Heard for $50 million (£39 million) after claiming her abuse claims are unfounded. In response, Heard has filed a countersuit.

Heard had previously criticized the movement to have her removed from Aquaman 2, stating in a statement to Entertainment Weekly in November 2020, ‘Paid rumors and paid campaigns on social media don’t dictate [casting decisions] because they have no basis in reality.’

‘Only the fans actually made Aquaman and Aquaman 2 happen. I’m excited to get started next year.’

You can also vote if you think Amber heard should not be the part of the movie.

Amber Heard has been exposed as a domestic abuser by Johnny Depp. In his $50 million lawsuit, Johnny Depp describes many incidents of domestic abuse that he suffered at the hands of his (then) wife Amber Heard, including one incident where she punched him twice in the face and another where she shattered his finger with a vodka bottle, and his finger had to be surgically reattached. He will bear the scar from that for the rest of his life.

Since Heard’s divorce from Johnny Depp, she has systematically crusaded to ruin Depp in Hollywood, repeating multiple accounts of fake incidents in which she had actually abused Johnny Depp, but lied and created false accounts of him being the abuser. About the incident during which she shattered the bones in Johnny Depp’s finger and nearly severed it, causing Depp to require surgery to reattach and repair it, Heard presented a false story claiming that he cut off his finger himself, dipped it in paint and scrawled obscenities all over the walls.

Likewise, Heard recounts fabricated incidents of Johnny Depp hitting her in the face when she had, in fact, punched him. Though staff and neighbors in the building where she lived reported seeing no marks on her face in the hours and days after she says Johnny Depp hit her, yet she appeared in court six (6) days later with bruises on her face, asking for a temporary restraining order, which was granted. Photos of Heard from the very next day show her full face, without makeup, and not a single bruise.

As Amber Heard is a known and proven domestic abuser, Warner Brothers and DC Entertainment should and must remove Heard from their Aquaman 2 film project. They must not ignore the suffering of Heard’s victims, and must not glamorize a domestic abuser.

Men are victims of domestic abuse, just like women. This must be recognized, and action must be taken to prevent a known abuser from being celebrated within the entertainment industry.

Do the right thing. Remove Amber Heard from Aquaman 2.

How do you see this campaign against Amber Heard? Do you think it’s relevant to what’s happening between Johnny Depp and her? Do you want to see Heard in the movie or are you in the agreement with this campaign? 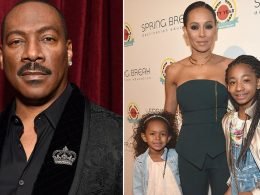 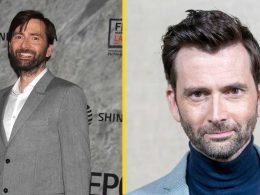