Kate Gosselin’s Teenage Son, Collin Gosselin, Says He has NO Relationship with his Mother, “It’s Unfortunate”

Reality star Kate Gosselin’s son, Collin Gosselin, is opening up about his non-existent relationship with his mother and says it is worse than anyone could imagine.

The teenager spoke to Entertainment Tonight and revealed that after she enrolled him in a program at Fairmont Behavioral Health Institute in 2016, the two did not have any relationship.

“After being there, I didn’t have a relationship with her,” he said. “Even before [being] there, I don’t think we had much of a relationship, and I think that just kept tearing it even more down.”

Collin, who appeared on his parents’ reality show Jon and Kate Plus 8 along with his seven siblings from 2007 to 2010, said that he blames TV and fame for his estranged relationship with his mother.

Collin, 18, now lives with his father, Jon Gosselin, after he got full custody of the reality TV star and his sister Hannah in 2018.

Kate and Jon ended their marriage of ten years in 2009, and initially, the 47-year-old got custody of all of her children, but Jon disagreed and continued fighting for his kids’ custody for years.

In 2016, the reality star was granted custody of his daughter, Hannah, and two years later, Collin also started living with his father after the court allowed him to.

In 2016, Kate told PEOPLE that she was sending Collin, who was 12 back then, to a program away from home because he had ‘special needs.’

“Collin has special needs. There’s a fairly fluid diagnosis of what those needs are, but he needs to learn certain strategies to help him deal with things. This has been a struggle we’ve had for a very long time, and it’s one I’ve dealt with on my own,” she said.

“I’ve felt very alone in this. By the same token, it’s not something that has only impacted me or him – our entire family has been impacted.”

Six years later, the teenager is now opening up about his estranged relationship with his mom and the other siblings who live with her.

“I have not spoken to them in the last five or six years,” he told ET. “Although I would love to have a relationship with my brothers and sisters, I have not reached out to them, and they haven’t reached out either.”

He continued, “I want to respect their space and their time and respect how they feel about everything, so I’m kind of just waiting for the day that they reach out. I don’t want to reach out.

“I don’t want to invade their space, I’d rather just let them do it on their own terms.”

When asked if he would be open to reconciliation with his mom, Gosselin said, ‘it would be ideal.’

The high schooler further clarified that he has been doing really well without his mother and does not sit and be sad about reality because that’s how it is, and he has accepted things the way they are.

“I came to the conclusion that everybody has their own agenda, you know?” he explained. “My mom had her own agenda, and I don’t know exactly what that was. But I was put in a tough spot, and my agenda was to make it out on top of that tough spot.”

Thoughts on Collin Gosselin’s latest interview about his relationship with the reality TV star? Let us know in the comment section. 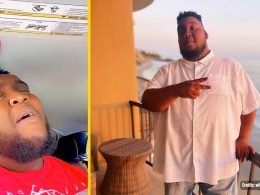 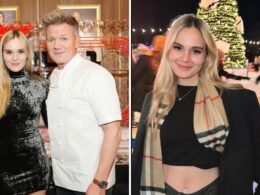 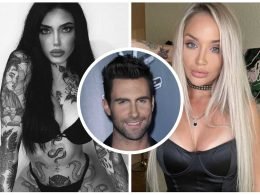