It was reported that the Titanic actor was getting cozy with Gigi, and the two were spending time together.

“The Oscar winner, 47, and supermodel Gigi Hadid, 27, have been hanging out in New York City,” PEOPLE reported.

“They are getting to know each other but haven’t reportedly started dating yet,” a source revealed.

“Leo is definitely pursuing Gigi,” another source told the publication.

Daily Mail shared that DiCaprio and Hadid were “pictured together for the first time after their reported romance broke.”

“Photos snapped at the exclusive party, which was thrown at Casa Cipriani by Leo’s friends Richie Akiva and Darren Dzienciol in Manhattan’s Soho neighborhood, show the actor dressed in a black short-sleeve shirt and a black baseball cap while sporting his usual goatee.”

“DiCaprio and Gigi — who wore a white crop top revealing her toned midriff, along with baggy jeans — could be seen leaning in close together as they tried to chat in the midst of the loud party.”

As per Page Six, the potential couple was ‘taking it slow.’

“The couple have been out together just the two of them as well as hanging out in groups with the pair not calling themselves ‘exclusive’ yet.”

“[DiCaprio] is not someone who is in and out of relationships. He doesn’t jump around hooking up. They are taking it slow,” revealed by another source.

According to PEOPLE, the duo was first photographed together at a New York Fashion Week party at Casa Cipriani on September 10.

“They sort of run in the same high profile circles and would see each other at events, clubs, restaurants, and gatherings,” an insider told PEOPLE.

However, they never really connected with each other before as Gigi was with her longtime boyfriend, Zayn Malik, with whom she also shares a daughter, Khai, and Leo, on the other hand, had been in several relationships with women – all below 25 years of age.

“A smart and successful girl like Gigi would intrigue Leo. She is the type of woman he is usually attracted to,” says the entertainment source.

Now Us Weekly has reported that the duo is officially dating and are pretty much a couple.

“He thinks she’s beautiful, of course, but also a wise and cool character who’s got a very cultured and educated take on life,” a source told the publication.

“Leo and Gigi have a ton of mutual friends, and everyone’s happy to see them together, even though it did catch a lot of them off guard.”

The insider also added that the Wolf of Wall Street actor is aware of his fans’ concerns about him dating younger women only.

“Leo plays it down, but there’s no denying he does have a type, or he has until now. But at almost 48, he’s mellowing out a lot more and dropping hints to his buddies that he’s way less interested in that playboy lifestyle.”

What do you think about the new couple in town? Let us know your thoughts. 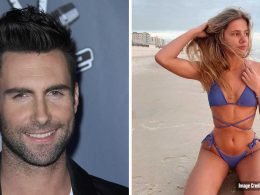