HomePop cultureNick Cannon Announces Birth of Baby no. 10, and People are Losing it on the Internet
2 minute read

Nick Cannon Announces Birth of Baby no. 10, and People are Losing it on the Internet

Besides being a famous actor, rapper, comedian, and TV show host, Nick Cannon is known for having a big family full of children.

The actor was already a father of nine children, whom he shares with five different women, and now he has welcomed his tenth kid with American model Brittany Bell.

The news of Nick becoming a father for the tenth time came just a few days after he announced the birth of his ninth baby, Onyx Ice, on Instagram.

“Another Blessing!!!” he wrote on Instagram. “As my journey on this planet becomes more and more remarkable and unfathomable, all I can do is thank God and continue to ask the Most High to order my steps.”

“I am so indebted and grateful for the matriarch energy in my time of need,” The Drumline star continued. “@missbbell has been the rock and foundation of my Fatherhood journey. She has taught me so much about parenting, psychology, spirituality, love and just life in general. For our third child, she told me she didn’t want a baby shower and needed NOTHING! All she desired was PRAYER from her authentic Loved Ones! I am learning that is the best GIFT! She introduced me to the concept of a BlessingWay!”

The duo also share a five-year-old son, and a one and a half-year-old daughter together.

Cannon is also a father to two 16-month-old boys with DJ, presenter, and voice-over artist, Abby De La Rosa, who is currently pregnant with her third child.

The rapper is also associated with singer and songwriter Alyssa Scott, who gave birth to his son, Zen, in June 2021. The couple lost Zen five months after his birth – he died of cancer.

After the news of his 10th baby, fans and critics of the comedian flooded Twitter with baby jokes and trolled him for increasing the world population at an alarmingly fast speed.

“Please free me from Nick Cannon’s birth announcements,” a person wrote on Twitter.

“How do we opt out of hearing about Nick Cannon’s baby announcements?? Is there a number to text??” said another.

“Nick cannon is the perfect example as to why birth control needs to be for MEN,” a third commented.

“I’m sorry I know with everything going on in the world i shouldn’t be caring about nick cannon’s procreation schedule, but 3 babies in 3 months with 3 different women — two born just two weeks apart — is truly just BANANAS,” a fourth user tweeted.

“Nick Cannon knows something that we do not. Why is he building a personal army right now?” wrote fifth.

“Having Nick Cannon’s kid doesn’t come with a monthly stipend? Allowance? A paid for house? A car service? A paid for team? A compound? A platinum credit card? A target card? Being added to the payroll? A trust? Power of attorney? Nothing?!” someone said.

What are your thoughts on Nick becoming father for the tenth time? Let us know in the comments.

Who is Gerard Piqué Dating Now? Footballer Linked to a 22-year-old Model days after he broke up with Shakira 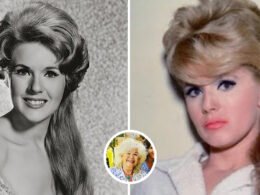