Ladies, are you constantly conscious about the size of your breasts? Undoubtedly, there are so many women out there who feel the pressures of how big their breasts are. There is just this general connotation that men are fonder of women who have bigger breasts.

So, what is there to do for women who have small boobs? Does that mean that women with small breasts are going to be perpetually at a disadvantage? Well, it’s time to dive deeper into the matter and see what science has to say about it.

It’s normal for you to want to explore this kind of topic area when you’re a woman, and you want to figure out the dynamics of attraction. Of course, you would always want to know if men can find you attractive or not.

Perhaps, the best way to resolve this matter would be to turn to science. After all, scientific conclusions re usually well-founded and are adequately substantiated. However, before we get to all of that, let’s look at the anecdotal sentiments of random people.

Here are a few questions that were randomly asked of men on the internet about women’s bodies along with the answers that they gave:

What is the first thing that you usually notice in a woman, and why?

Do you like it when women’s breasts are bigger?

Is it a deal-breaker to be with a woman who has small breasts?

A Deeper Look into Breast Sizes

There you have it. Those are just the personal sentiments of some men on the internet. This issue cuts much deeper than that. There are so many thoughts and opinions on the matter that vary in degrees and kinds. Some men are very passionate about women’s breasts. There are also some men who just plain don’t care.

All in all, there’s no denying that there are loads of women out there who feel particularly affected by the matter. After all, it’s their breasts that are being judged and put on display here. Some women can handle it better than others. Some don’t care what men think about their bodies. Also, some women are just plainly overly concerned about how men see their breasts. That’s why they will often resort to boob jobs.

What Does Science Have to Say About Small Breasts and Whether Men Like Them?

But what does science have to say about how men see breasts? Many experts and researchers have been studying this topic over many years now.

You might be interested in reading about what they have to say about it. Various studies are readily available for reading by the general public on the internet. But if you want a curated version, then check these out.

There is a massive contingent of men out there who much prefer the shape of a woman’s breast over the size. Typically, the general sentiment is that perkier and fuller breasts are more attractive to look at than those that are dull and droopy.

And this is regardless of whatever size they might be. According to the study, men were fonder of the firmer breasts. These same men didn’t much comment or care about whether these breasts were significant or not. 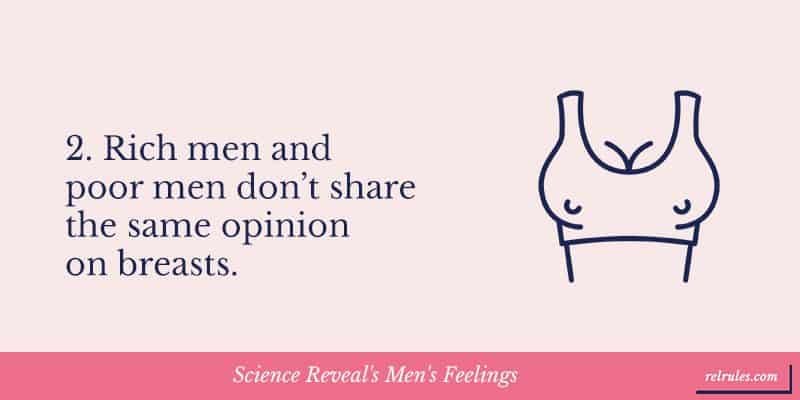 There is also a study out there that shows that there is a social class factor that comes into play here. Richer men tend to prefer women who have smaller breasts. And the men who are poorer are more attracted to women who have bigger breasts.

While these may be the findings of the study, there isn’t any definitive reason as to why that’s the case. However, it’s still an interesting point to ponder on nonetheless.

3. All men have different preferences. 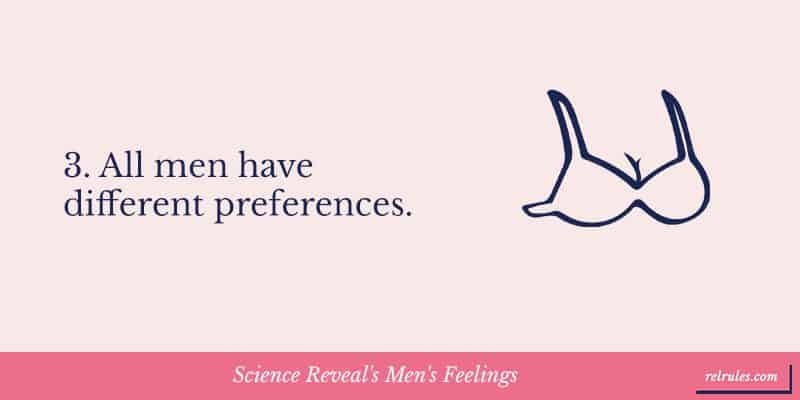 Another major study took a look into all of the other studies surrounding this topic. Ultimately, what this study in particular found was that the results always varied.

There hasn’t been any definitive finding on whether men like big or small breasts in particular. It’s all relative, and it’s purely dependent on their personal preferences.

4. Men prioritize other qualities of a woman. 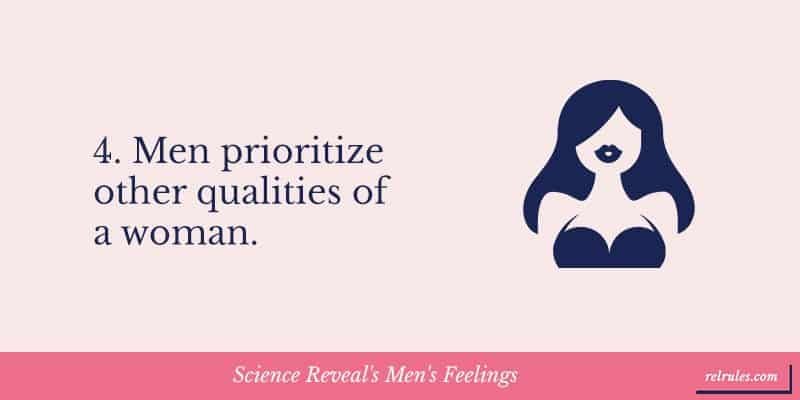 One study, in particular, decided to emphasize that men typically regarded breasts to be a very unimportant factor when it came to a woman’s attractiveness in the eyes of men.

Most men seemed to prefer women who had more excellent personalities, or a better overall body as opposed to just having big or small breasts. 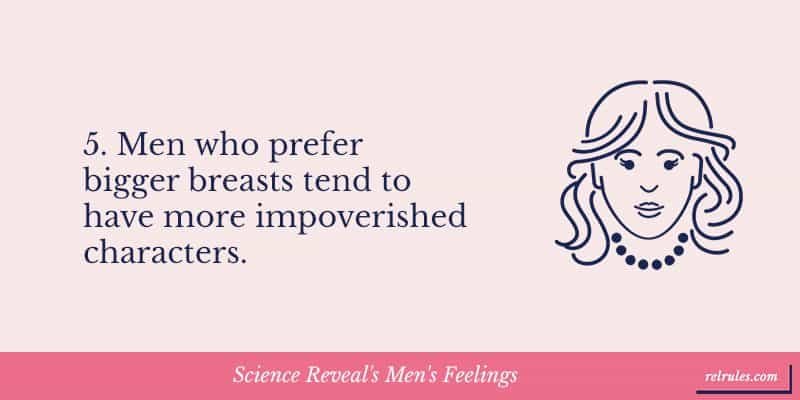 Of course, this isn’t to say that men who like bigger boobs are terrible human beings. However, what this study found was that generally speaking, the men who answered that they preferred women with bigger breasts also had imperfect characters.

So, the study recommended that women stay away from men who only wanted them for the size of their breasts.

The sentiments of men are going to differ depending on who you’re talking to. There are just some men who are more naturally inclined towards women who have fuller bosoms.

Some like it when women’s breasts are smaller. But there are also some men who just plain don’t care much at all about the size of a woman’s breast relative to other factors.

So, if you’re a woman with small breasts reading this, what do you think? How did this article make you feel? If you found the contents of this piece compelling and exciting, feel free to share it with all of your friends.

Ladies and gents, what are your thoughts on this? Talk to me in the comments below!

How To Get Rid Of Forehead Wrinkles: Simple Treatment

Perform These Exercises To Look Amazing When You’re Naked