The Weirdest Thing About You Based On Your Zodiac Sign

What’s the weirdest thing about you?

You have a tendency to be quite morbid in your thoughts. As an Aries, you have a slightly unhealthy obsession with the idea of death. You are always thinking about the many ways that you could die; or perhaps the way the people closest to you would die. A lot of people find this facet of your personality to be quite creepy and weird but it comes most naturally to you.

The weirdest and creepiest thing about your personality is just how skilled you are at stalking. You can’t help but finding out about the most intimate details about the lives of people who just happen to pique your interest. You become like a modern-day Sherlock Holmes. That’s something weird about you as a Taurus, but you always own up to it.

The creepiest and downright scariest aspect of your personality is the fact that you are just really good at lying. It’s very impressive just how quickly you can come up with a fake story at the top of your head. Your skills as a liar make all of the people around you feel very uneasy and uncomfortable. It’s hard for people to trust you.

Your tendency to be downright obsessive is the creepiest aspect of your personality. You tend to get into your relationships a little too much to the point where you are suffocating your partners. As a Cancer, you need to be able to control your obsessions and your addictions so that you don’t engage in unhealthy practices.

Just like the Cancer, you are known to get obsessive as a Leo. But your differences lie within the objects of your obsession. You are too obsessed with yourself to the point that you can be really ruthless with your treatment of others.

As a Virgo, the creepiest thing about you is the creative sexual mind that you possess. You are the type of person who tends to get turned on by the weirdest and most random things. You have really weird fetishes that tend to creep other people out. And so it would probably be best for you to just keep quiet about the things that turn you on so as not to scare anyone away.

Your curiosity is the weirdest and the creepiest thing about you as a Libra. You have this natural aversion to the most randomly interesting phenomena. You are the person who is most likely to be looking up weird criminal cases or supernatural studies on the internet because these are the types of things that really pique your interest. It’s weird, but you really get a kick out of it.

Out of all the Zodiac signs, you have the darkest mind. You always find your mind wandering off to think about the darkest and most depressing things that life can offer. You tend to get too deep and heavy for a lot of people to handle and you might want to consider toning things down a little bit.

Out of all of the Zodiac signs, you are the likeliest to be considered a robot. You are a person who tends to be devoid of all feelings and emotions when other people are concerned. You don’t really have the ability to empathize with others. And so it’s weird how incredibly emotionally moving experiences can do absolutely nothing for you.

Murder. That’s the creepiest thing about you as a Capricorn. You are just really fascinated with the idea of murder. You are the most likely person to be tagged as a suspect in a murder case because of your obsession with the act of killing. You are the type of person who loves to read into criminal cases that involve murders and gruesome killings.

Granted that you are an Aquarius, you have a fondness for all things intellectual. And so you often think of yourself giving all sorts of speeches during all sorts of occasions even the more morbid ones. The weirdest thing about you is that you think of all the things that you would say at the funerals of your closest friends and dearest loved ones. It’s not something that a lot of people would consider normal behavior.

As a Pisces, you have this weird thing where you always daydream about disastrous situations that may affect you and the people who are around you. But what’s even weirder about these daydreams is that you always envision yourself to be the hero in these fictional scenarios. It’s like you find fulfilment in the suffering of others so as long as you get to save the day.

The 5 Most Unforgiving Zodiac Signs (The Results May Shock You) 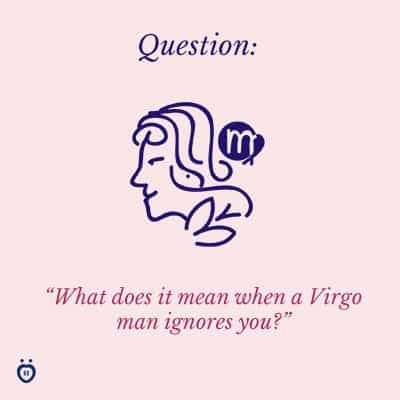 What Does it Mean When a Virgo Man Ignores You?