HomeStoriesTikToker Raised $186,000 for an 81-year-old Woman so She Could Pay Off her Mortgage and Retire after 20 Years
3 minute read

TikToker Raised $186,000 for an 81-year-old Woman so She Could Pay Off her Mortgage and Retire after 20 Years

A 15-second TikTok video clip has changed the life of an elderly woman.

Earlier this month, a TikTok user @dbon973_, real name Devan Bonagura posted a video on his account that showed an 81-year-old Walmart employee sitting alone in her break room.

The elderly woman was Nola Carpenter, who has been working in the same Walmart in Hackettstown for the last twenty years.

“Life shouldn’t [be] this hard,” Devan wrote on his video, which has since been viewed for than 30 million times on TikTok.

The overwhelmingly encouraging response from the commenters compelled Bonagura to set up a GoFundMe for the aged lady in order to help her with her mortgage and finally retire from her job at the retail company.

Daily Mail reported that “the teenager later clarified that he was working for a third-party vendor that sells phones inside Walmart when he filmed Carpenter in the break room.”

“They’re getting a lot of backlash, so they told me I need to delete the video and delete the GoFundMe and return all the money to the people that donated it, or they’re going to get the cops involved,” he said in the follow-up video.

“So, I told them to do what you have to do because I’m getting this money to this woman one way or another.”

The TikToker also revealed that his employer suspended him for not taking the video down, but he doesn’t care anymore as his purpose is bigger than his monthly salary now.

“The GoFundMe was up to $110,000 when he surprised her with the money a few days later. Carpenter shared her gratitude for the donations, saying they will help her mortgage go ‘way down.’”

“They saw that you’re a very hard worker, obviously. We are all super proud of you, and we wanted to offer you the $110,000 that has been raised for you,” Devan told Nola on November 5.

But the money was not enough for Nola to retire already.

As per Insider, “Walmart’s average wage is $19 for hourly workers, and saving $60,000 would likely require Nola to work several additional years. If she were working 40 hours a week, she’d be making $39,520 a year before taxes and day-to-day expenses like food and transportation factored in.”

However, within a week, the GoFundMe amount reached $181,000, which was way more than what Nola needed to retire from her job.

On November 11, Bonagura filmed another update video with the Carpenter and revealed that they had raised their required amount of money, in fact, more.

He also asked Nola about her feelings, to which she said, “I feel good, and I’m thankful for Devan for what he’s done, or none of this would have been possible,” she added. “That’s what I was working at Walmart for, to pay my house off.”

The 81-year-old said she will continue working for Walmart until January 2023 and retire after the holidays.

“I’m going to completely retire the first of the year,” she said. “I’m going to help them out for the holidays.”

Talking about her regular customers, Nola said, “They look for me every day; I’m going to miss them.”

Thoughts on Nola Carpenter’s story? We really appreciate Devan Bonagura for his act of kindness. Let us know your views in the comments. 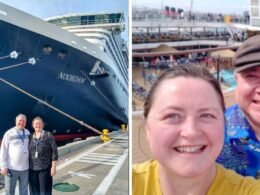 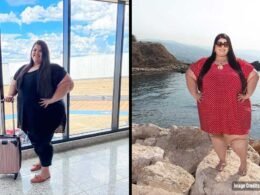 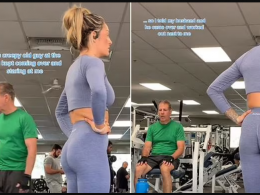