Another update on the Depp-Heard Saga!

“Over the weekend, more than 6,000 pages of court documents in the Depp v. Heard trial were unsealed.” Daily Beast reported.

According to the outlet, there are some files and a section where Amber’s team claimed that the actress lost almost $47-50 million over the course of 3-5 years due to Johnny Depp’s defamatory claims against her.

“In unsealed pretrial court documents, Heard’s team argued to the judge that evidence of a number of “irrelevant personal matters” should be excluded from the defamation trial, while alleging: “Mr. Depp inappropriately seeks to introduce evidence of the following Irrelevant Personal Matters: (1) nude pictures of Amber Heard; (2) Amber Heard’s sister Whitney’s reality show video; (3) Whitney and Amber’s past romantic relationships; (4) Amber’s brief stint as an exotic dancer years before she met Mr. Depp and Mr. Depp attempting to frivolously and maliciously suggest or imply that Ms. Heard was at one time an escort.”, wrote Daily Beast.

Heard’s lawyers also argued that her actress status was comparable to the likes of Jason Momoa, Zendaya, Gal Gadot, Chris Pine, and Ana de Armas. However, due to this dirty court battle against ex-husband Johnny Depp, the actress lost her flourishing acting career and a tremendous amount of money, as stated above.

Previously during the trial, her attorneys claimed that the Aquaman actress was on her way to making a successful career in the entertainment industry, and she was doing so quite well, but with the legal battle and public being too much in favor of the Pirates of the Caribbean actor, Amber suffered a lot both personally and professionally.

During one of the court’s sessions, Kathryn Arnold, who is a consultant in the Entertainment industry, told the jury that the Aquaman movie series was the ‘launchpad’ to Amber’s stardom.

“It was that moment where not only was she a good actor, but she was now world-renowned because she was in the most successful film … for DC Comics,” said Arnold as quoted by New York Post.

“It was just this extraordinary moment for her, for her career to take off.”

Now, as per The Daily Beast report, the court documents reveal that during the couple’s divorce proceedings in 2016, Heard’s lawyers asked her to rethink her decision as she was going to lose ‘tens of millions of dollars’ if the divorce was finalized.

“Since Depp shot the fifth Pirates of the Caribbean movie during their marriage, and therefore it was considered a ‘community property asset’ with Heard entitled to half the income from the asset. Since Depp had earned over $33 million from Pirates 4, it stood to reason that the number would be that or higher for No. 5.”

But the Rum Diary actress refused and asked her lawyers to proceed with the divorce as it was not a ‘matter of money’ for her.

“The judge, however, rejected the inclusion of any evidence related to their divorce proceedings in the defamation trial.”

During the trial, her legal team kept on insisting on the matter that the divorce was never about the money.

The defamation trial ended on June 1, 2022, with the jury deciding to favor the ‘Edward Scissorhands’ actor.

The jury also awarded over ten million dollars to Johnny Depp in damages and determined that Heard must pay $8 million in compensatory damages and $350,000 in damages. However, Amber claimed that she did not have the funds to cover the full amount.

“The 6-acre home was sold on July 18 for $1.05 million, property records confirm. While Amber Heard’s name isn’t on the property’s deed, their research showed the house was owned by a ‘mysterious trust’ with clear links to her.” Wrote TMZ.

Thoughts on this latest update? Let us know in the comments. 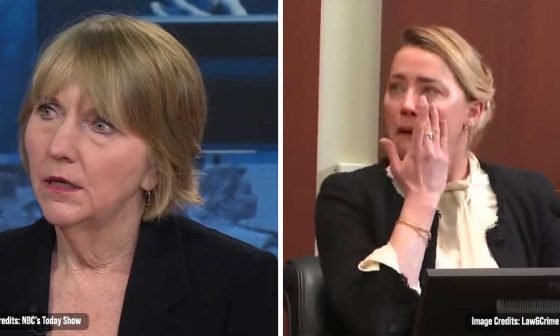 Read More
It’s been publicly documented that Kelly Clarkson has recently gone through a messy divorce. But now that that…

Read More
Most people believe that true love only exists in movies and TV shows, but that’s not true. Good… 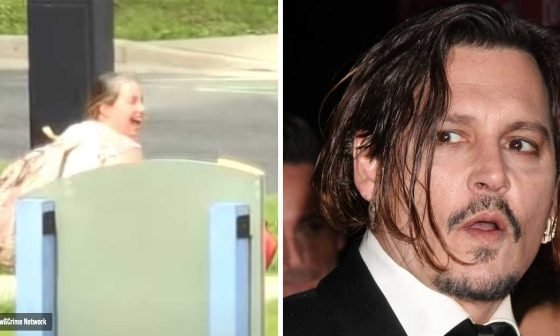 Read More
The infamous Johnny Depp VS. Amber Heard trial has now concluded, with the entire world waiting on the…