HomePop cultureWhat Happened to Melissa Sue Anderson and Where is She Today?
3 minute read

What Happened to Melissa Sue Anderson and Where is She Today?

Melissa Sue Anderson is an American-Canadian actress best known for her role as Mary Ingalls in the NBC television series Little House on the Prairie.

Anderson played the character of Mary Ingalls from 1974 to 1981. She was also nominated as the Outstanding Lead Actress for a Primetime Emmy Award for her role in the blockbuster series.

Her other notable projects include La Familia Ingalls, Happy Birthday To Me, Midnight Offerings, The Loneliest Runner, Earthquake in New York, Bless All the Dear Children, The Survival of Dana, Memories of Manon, First Affair, and The Con is on.

Melissa Sue Anderson was born in September 1962 in Berkeley, California. She began her career in showbiz as a child star and appeared in many commercials for companies, including Mattel and Sears.

Her first-ever acting project was Bewitched, a Television drama series in which she appeared as a guest character. Later she also appeared on the American sitcom, The Brady Brunch and then in another TV series, Shaft.

These two performances opened new horizons for Anderson, and she eventually landed her iconic role of Mary Ingalls in Little House on the Prairie.

“I’m lucky that there even was a character to play because, in the book, there isn’t much of one… I’m fortunate that they discovered that I could act, she told Pop Entertainment about her role as Ingalls.

In 1981 she left the series because she thought her character had lost its charm over the years.

“It’s no fun,” she told People Magazine in 1981. “When they run low on story ideas, someone says, “what can we do to Melissa Sue that’s really awful?’”

Outside of her career, Anderson surprised fans when she started dating famous American singer Frank Sinatra Jr. The two met on the set of The Love Boat.

Missy met Frank Sinatra when she was only 17 and Sinatra was 36. Fans and friends were stunned when they got to know about their affair. However, the Happy Birthday to Me star didn’t pay heed to what people thought about her.

“I was just 17, and he was willing to listen to me instead of treating me like a kid. And I could help him when he needed it,” she said in her interview with People.

“We were dating each other alone. Now we see other people too, but I love him, and I know he loves me. He is also my best friend, in a world where it’s hard to find people you can actually count on, we have a great friendship.” She said.

“When I cracked up a rented car, Frank was the first person I called,” she recalled.

In 1979 Melissa won an Emmy award for her performance in ABC Afterschool Special’s Which Mother is Mine.

In 1990, Anderson married television writer and producer Michael Sloan, who worked on shows like The Equalizer, The Hardy Boys, and Nancy Drew Mysteries.

The duo shares two kids together. In 2002, the family moved to Montreal and became neutralized Canadian citizens.

Today Melissa Sue Anderson, aka Missy, is a stay-at-home mother who lives her life now away from all the limelight.

Do you remember Melissa Sue Anderson and her role in Little House on the Prairie? Let us know your views in the comments. 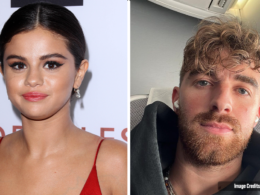