Edward Christopher “Ed” Sheeran, popularly known as Ed Sheeran, is an English singer and songwriter, world-famous for his melodic vocals and ‘feel-good’ music.

The singer first rose to fame in 2011 with his music album ‘+.’ It was one of the top-selling music albums in the UK. Some of his most loved songs include ‘Shape of You,’ ‘Photograph,’ ‘Give me Love,’ ‘Perfect,’ ‘Castle on the Hill,’ ‘The A-Team,’ ‘Thinking Out Loud,’ ‘Supermarket Flowers,’ and ‘Bad Habits.’

Eddy also won two Grammys for his song ‘Thinking Out Loud’ in 2016. The 31-year-old musician is one of the most popular singers in the world, and his songs are loved by people across the globe, especially among the youth.

Recently one of Ed’s die-hard fans has taken her love for his favorite music icon to a whole new level. The 37-year-old Amanda Baron married a guy who’s almost ten years younger than her and is Ed Sheeran’s LOOK-ALIKE!

The two met at one of Eddy’s gigs and liked each other. According to Amanda, she’s a big Ed Sheeran fan and initially got interested in Ty because he looked exactly like HIM, like a mirror image of the singer.

“I thought my friends were having me on when they said he was a look-alike.”

“I always wanted to go out with a ginge, and now I’ve got the best one – apart from the real Ed, obviously.”

While talking to The Sun, Amanda said it was their mutual decision to name the baby after their idol’s wife, and they also found the name too sweet.

“I chose the name Cherry as it’s so sweet.” She said, “And we also wanted to keep the Ed Sheeran theme in the family.”

Cherry’s father, Ty, the carbon copy of the star, told The Sun that he works full-time as Ed’s look-alike. He said that whenever he goes somewhere, people would think that he’s Ed Sheeran and want to click pictures with him. “It’s crazy,” he said.

He also said that before meeting Amanda, he used to think that women liked him only because of his insane resemblance with Sheeran. Although he and Amanda met at one of Ed’s gigs and started talking for the same reason, however, with time, they got along really well.

“I have to weigh up if [women] are just interested in me because I’m the next best thing to Ed. But with Amanda, it’s been amazing. She’s the best.”

While talking about his daughter, the new father said, “I feel phenomenal. Cherry is beautiful.”

Another interesting fact is that their daughter Cherry was born only a month after Ed Sheeran’s second daughter’s birth.

On May 20, 2022, the singer took to his Instagram and announced the arrival of his daughter.

“Want to let you all know we’ve had another beautiful baby girl. We are both so in love with her and over the moon to be a family of 4 x.”

What’s your take on the couple’s decision to name their daughter after their favorite singer’s wife. Let us know your thoughts below.

Read More
Today’s story is about co-parenting & co-existing. It comes from a TikToker, Alexis Mounsey, who explained how she… 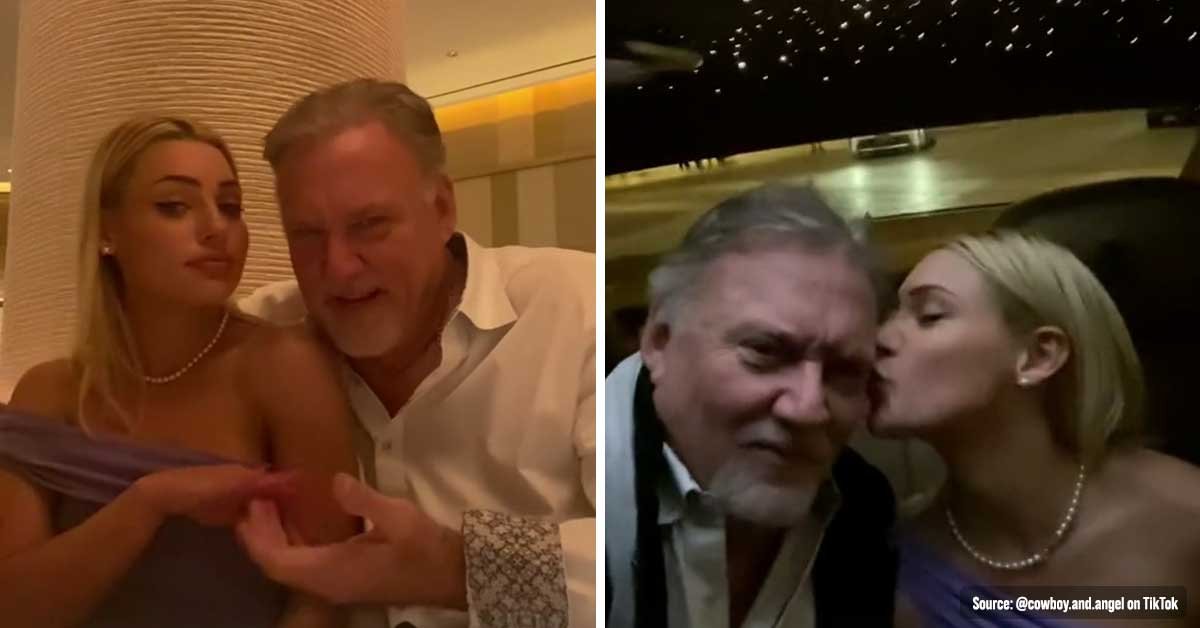 Read More
Willow Sias is a professional model and has found much success in her career. However, she has been…

Read More
When you’re in a marriage, you’re supposed to care for your spouse and make sure their emotional well-being…

Read More
For most people, toilet paper is an indispensable household item. Two years back, when the pandemic had just…

Read More
In Phoenix, Arizona, a couple got lucky to find each other and experienced a beautiful yet tragic love…

Read More
For as long as humanity has existed, books have been one of (if not) the most vital parts…