As reported earlier, the Depp Vs. Heard documentary is ready to unveil some more shocking details about the blockbuster trial.

“Titled Johnny vs. Amber: The US Trial, the documentary features interviews with Depp’s lawyers, legal experts, and journalists, along with behind-the-scenes footage of the trial, which was held between April and June this year,” NME reported.

The documentary’s first episode is based on the Pirates of the Caribbean star’s side of events and will cover his traumatic childhood experiences and drug addiction. It will also feature Johnny’s version of occurrences in his relationship with Amber and how he survived domestic abuse and violence.

The second episode will light Amber’s version of events and will showcase her struggles in her relationship with Johnny and how he made her question life and all of her choices.

“The episode will include Heard’s detailed description of alleged sexual assault told on camera for the first time” and how ‘advocates of Depp mercilessly attacked her via social media,’ as noted in a press release.”

“The series gives a forensic account of the key evidence and turning points of the case from both sides, allowing viewers to make up their own minds about whom to believe.”

Based on Depp’s side of the story in the first episode, his attorney and now celebrity lawyer Camille Vasquez was seen discussing several details about the case with her fellow lawyers, Benjamin Chew and Jessica Meyers.

In a conversation between the lawyers, they discussed the need to focus on the Beetlejuice actor’s 2015 incident in which he lost the tip of his finger during a fight with his ex-wife, Amber.

The trio also discussed their client’s struggle with alcohol and other drugs.

The first episode showed Johnny’s lawyer Benjamin Chew saying, “Obviously we’re going, to be honest, but I mean to do it upfront, to say, ‘Yeah, he drinks and he uses drugs’… so does she [Heard].”

“And keep it all hidden,” said Chew again.

The attorneys discussed this as they stated that the primary focus of Amber Heard and her legal team was to make this case about Johnny’s drug addiction and drinking habits.

The episode also covered the incident where the Aquaman actress called her ex-husband a ‘baby’ for being upset about her violent acts towards him.

On 20th April 2022, the Virginia Court and the rest of the world heard a recording in which Amber confessed to hitting Johnny and called him a baby for whining about the ‘hitting.’

“I didn’t punch you, by the way… I was hitting you; I wasn’t punching you.

“I don’t know what the actual motion of my hand was, but you’re fine. I did not hurt you, I did not punch you, I was hitting you.”

The audio recording caused a major stir among Johnny Depp fans, and millions of people around the world called out the Aquaman actress for her toxic and manipulative behavior.

What are your views on Johnny vs. Amber trial documentary? Let us know in the comments. 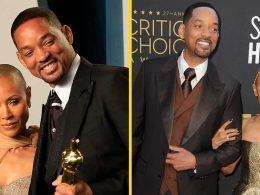 Will Smith and Jada are having the Best Time Together, Celebrating their Birthday Month at Home with Loved ones

Brendan Fraser literally Rose from the Ashes, and Fans cannot Stop Rooting for Him 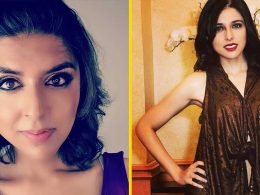 Virgin, 35, says men GHOST HER when she tells them she is a 35-year-old Virgin