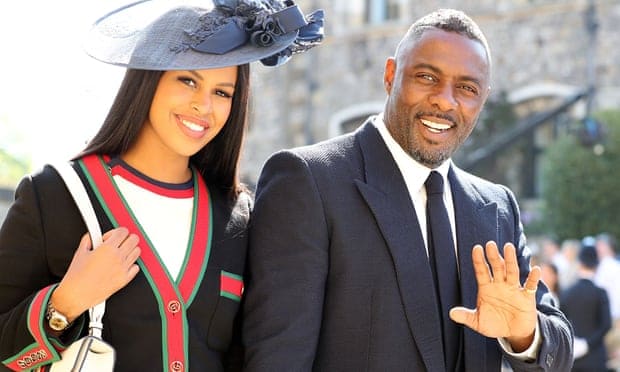 Famed British actor Idris Elba has exchanged vows with his longtime girlfriend Sabrina Dhowre in a private wedding ceremony in Morocco with close family and friends.

British Vogue uploaded photographs on Instagram that documented a few key moments from the ceremony. Dhowre looked absolutely radiant in a beautiful custom gown by the high-fashion designer Vera Wang. Elba wasn’t to be outdone as he sported a bespoke suit by Ozwald Boateng.

The two tied the knot on April 26 at the Ksar Char-Bagh Hotel in Marrakesh in front of close family and friends, as reported by Vogue magazine.

On the night before the ceremony, the guests of the wedding also attended a “colours of the souk” dinner. On Saturday, the pair is scheduled to attend a fine party at the Mandarin Oriental hotel which is reportedly designed to emulate the whole vibe of the festival.

Congratulations to newlyweds #IdrisElba and #SabrinaDhowre who exchanged vows in Morocco on April 26 2019. Celebrations were spread over three days in Marrakech. See more in the world exclusive in the July 2019 issue of #BritishVogue. Photographed by @SeanThomas_Photo.

The beautiful couple actually got engaged back in February when Elba decided to propose to her in the middle of a screening of his film Yardie which took place at the Rio Cinema in Dalston, London.

“Another @riocinema first! Still, 5 days to Valentines Day but @idriselba went down on one knee and proposed to his girlfriend live on stage this morning before a preview of his film.”

The two have actually been dating since the early parts of 2017. However, this is not Elba’s first time around the block. He was previously married to Hanne Norgaard and Sonya Hamlin.

Scroll back to top