When you are first starting to date someone, you always want to make sure that you are able to take a balanced approach to get to know one another. You don’t want to be making your crush feel like you aren’t being completely honest and open to them. But you don’t want to be opening yourself up too much to the point that you’re oversharing and you aren’t leaving much for your partner to get to know about you in the long run. You have to be able to find that balance. And as it turns out, there is a way you can meet each other halfway.

There is a way for you to open up to your partner about dating your exes in a healthy manner. But you have to be very careful about it. Here are the certain ways that you can actually broach the topic of exes when you’re just dating someone new.

Okay, you shouldn’t be talking about your exes on the first date. You have to wait until at least the third date and when you do talk about it, you have to just slide into the conversation. It can’t be forced. It can’t be something that comes out of nowhere. If you’re having a discussion about something that somewhat relates to your ex, then maybe you could use that as your opening. But you have to make sure that you’re being mature about it when you actually have your discussion.

2. Don’t ask your partner how many men she has been with.

No matter how curious you might be, you have to resist asking her how many men she has been in a relationship or been intimate with. Regardless of how she’s going to answer, you are never going to be able to give her a response that doesn’t sound judgmental or critical. It’s best to just let her open up about this on her own. This is the kind of information that has to be voluntary on her part. 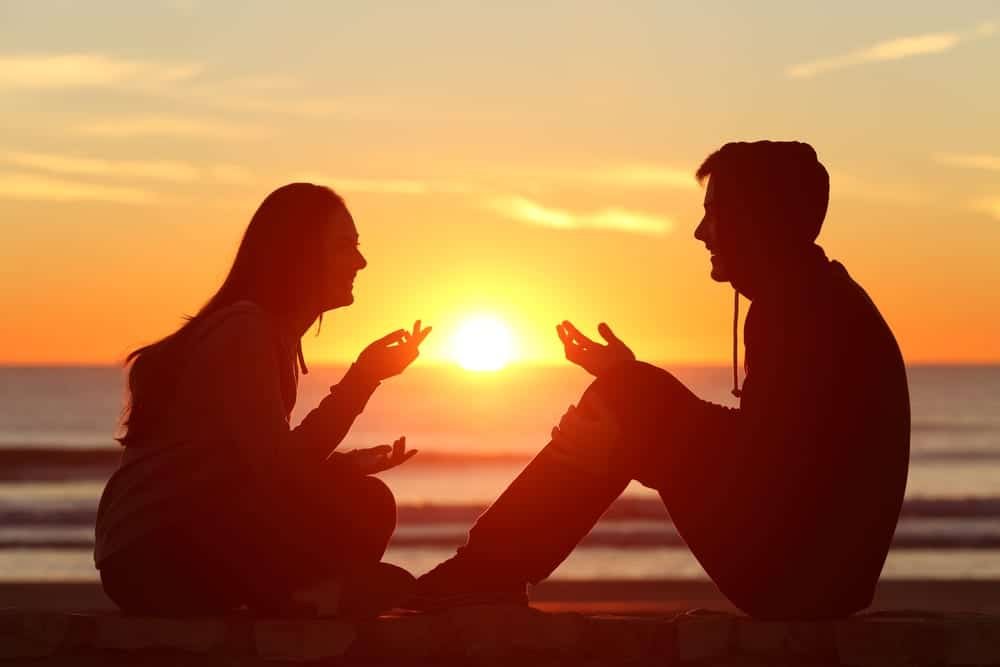 3. Avoid portraying a negative tone when broaching the discussion.

When you’re talking about your ex and a previous relationship, you have to avoid taking a completely negative tone about it. Think about the discussion as a job interview and you’ve just been asked about your previous boss. If you just go and tell the interviewer that your previous boss was a douchebag, then your interviewer is going to think that you’re the douchebag for being ungrateful for your job. Just think about it for a second. You don’t necessarily have a sure thing with the girl that you’re currently dating. They don’t know if they’re going to be able to make things last with you. And if they hear you talk about exes rudely, then it might scare them to think that there is a possibility of you talking about them the same way in the future. And you shouldn’t think that exhibiting hatred for your ex is going to arouse pleasure in your current partner. Don’t go into specifics just yet. Keep things ambiguous and vague and save the specifics for a later discussion.

4. But refrain from being too positive as well.

Okay, you don’t want to be so negative towards your ex but you don’t want to be too positive either. There is a good chance that the woman you’re already seeing feels somewhat threatened by your exes already. And if you’re just going to keep on praising your exes, they might feel like they wouldn’t be able to compete with that. Again, just try to keep things vague and ambiguous. Stay as neutral as possible. Don’t bash your ex but don’t be praising her either.

And just avoid using names for the first part. When you add a name to the face, it actually humanizes your ex in the eyes of your current partner. It’s going to make it a lot more difficult for them to see how they fit into your life if she’s going to keep on obsessing over the very real human being that you have chosen to leave behind.

The 3 Most Hurtful Things A Narcissist Will Do To You

6 Rules All Smart Girls Follow Before They Get Into Relationships

5 Things Your Relationship Should Never Become