15 different kinds of women that are absolutely loved by most men.

Which one are you?

It really depends on personal preferences how a man finds a particular kind of woman more attractive than all the others. You cannot succeed in catching the right man by merely being someone you are not and trying to show yourself as something that you think he would like but you are actually not. There is diversity in the kinds of women from which the diverse population of men chooses.

We have gathered 15 different kinds of women that are absolutely loved by most men. Cheers to you if you are one these and more power to you if you have your differences!

To admit the truth, not many women are athletic, not as much as men are, at least. The reason behind this may be less exposure given to women but if you have the opportunity and you decide to take it, you will be loved for it.

Athletes are preferred by men not just for the fact that they are rare but also because being athletic shows a woman’s independence and strength. Besides, athletic women are ten times more attractive with their sweaty workout routine and those big biceps.

2. The One With No Need of Makeup:

The aesthetic is what we all appreciate. Makeup is an art and bringing down women who like to put makeup on does no good. Although men do not care if you go out with or without makeup, they never say no to natural beauty.

It is all about being confident in the way you are and as much as makeup artists are on the ramp nowadays, women who choose to not put makeup on are equally supported. If you are bold enough to not take makeup as a necessity, men will love that about you.

More than appearances and hobbies, it is our personality traits that make us likable and unlikeable. More than anything, men want to be with someone who listens to them just like women do. They need a shoulder to cry on, someone who is emotionally available for them to depend on and someone who does not stay with them for the fun part only.

As average as this requirement may sound, many men spend their time without being comfortable enough with the women they date. 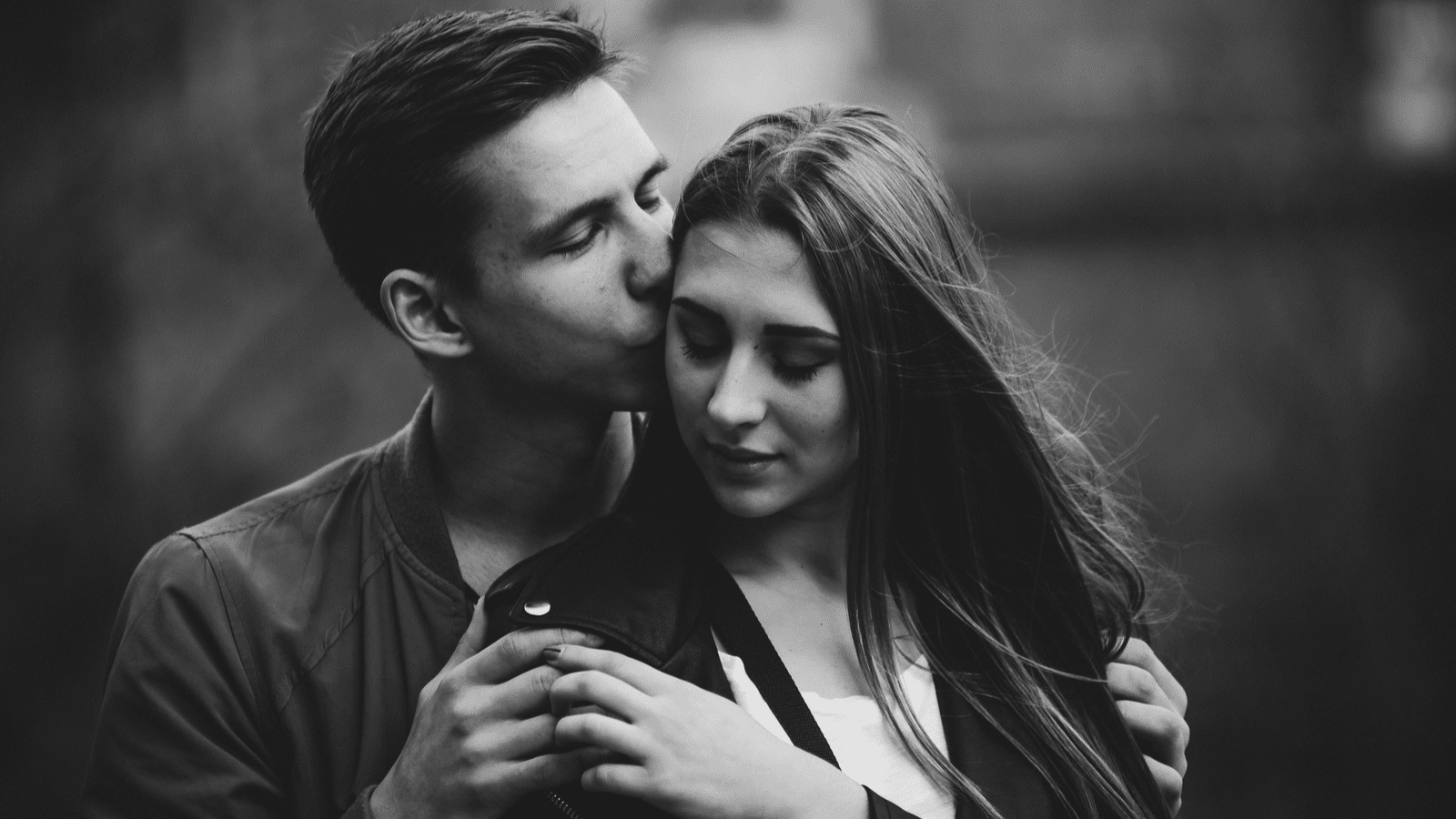 There is always something intriguing about a person who is not expressive, keeps his/her emotions inside and does not like to showcase them. Men like such mysterious women whose stories are not for the whole world to listen and whose life is not in need of evaluation.

Men find such women irresistible as they feel an urge to talk to them and try to get to know them to solve the mystery. If they have the skills to do that, to get into your mysterious brain, they might be the right ones.

5. The One With Great Hair: 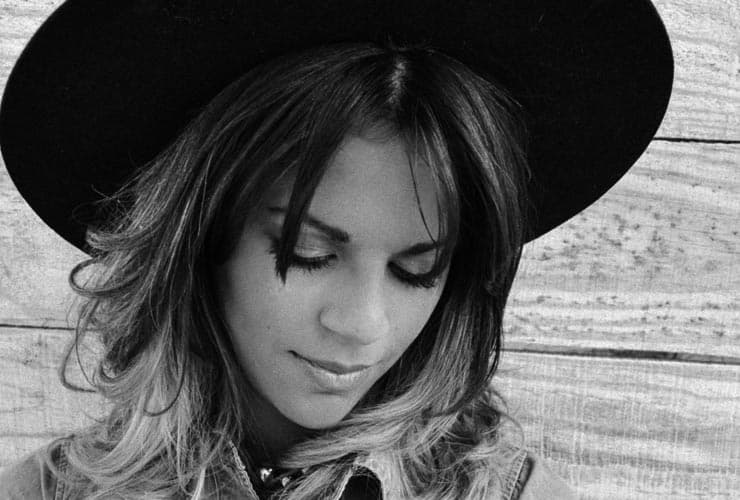 This does not matter as much as all the other kinds do but great hair do make men want to get to know you. Clean hair done with the appropriate hairstyle is a symbol, in fact, of a more organized mind and body and that is what is attractive.

If you ever have doubts about going to the salon for a refreshing hair treatment, kick them away and get your hair done. Although a man who starts talking to you because he liked your hair might not be the best man to talk to, yet you never know what comes up next with him. 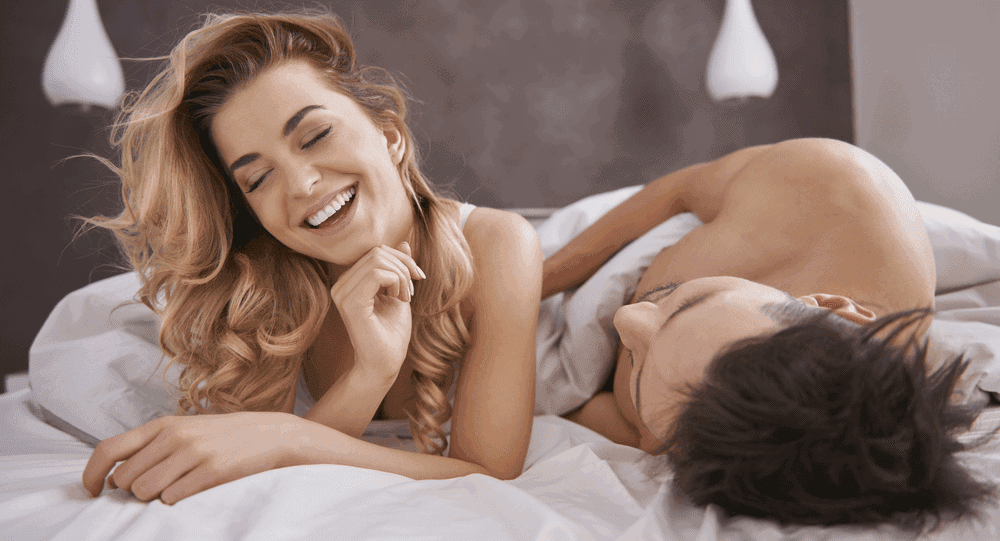 A guy actually told me he likes me because I’m just so cool about everything, although it’s a different matter he cheated sometime later. Men like their partners to be easygoing and chill; nobody likes a control freak who frets over every action of the person they date.

Just like women, men like to be given their personal space and not be questioned about everything they do. Some get out of hand when left loose but that being a different case of dishonesty, most men love The Chill One. 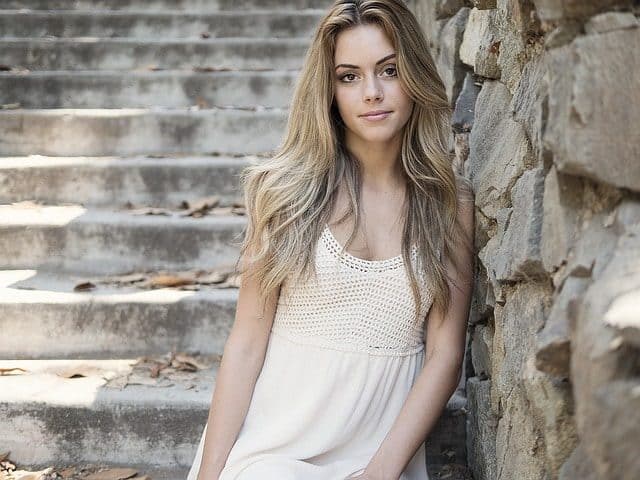 Men have got nothing against a loose tee and PJs but you have got to admit that proper attire never fails to impress. There is something very attractive about a person who is always seen wearing just the right dress and accessories and it makes you want to know them.

Men feel this urge; they wish to be acquainted with the perfectly dressed woman sitting across them because that is how much difference a dress can make. Try to put more effort into updating your wardrobe from now on.

You don’t have to have a master’s degree in astronomical physics to be smart unless it is Sheldon Cooper you are trying to impress. Being the smart one means that you have enough knowledge of the world and you know how to join him in a conversation that is otherwise, stereotypically, considered out of reach for women like politics and current world issues.

If you are low on general knowledge too then just knowing what to say and when will make you attractive enough. It is all about maturity.

Men often get everything from a relationship but never feel like they are cared about. You have got to be in charge of his emotions (not too intensely) and look after his mental and physical health to make him realize that you care.

Caring comes automatically with love so you do not have to try too hard to be The Caring One. If nothing else then your caring nature will make him pursue you since it says a lot of things about you. Caring is always attractive, no matter what century.

Both inside the bedroom and outside of it, bossy is, to some extent, attractive. You do not have to change your general disposition to be bossy and impress men but if you already are enough for yourself then you may have a lot of heads turning towards you.

There is nothing more attractive than a woman who knows what she is doing with her life and is used to dealing with her problems without begging people for help. Bossy is the new cool. Men are tired of being with women who need constant attention both emotionally and financially. 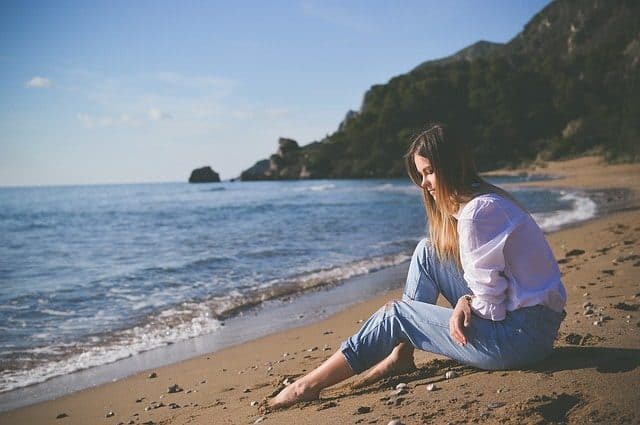 The social butterfly would be loved by men who like women who are not too uptight and are up for meeting new people all the time. If that is the kind of man you are trying to impress then we suggest you expand your circle everywhere you go. 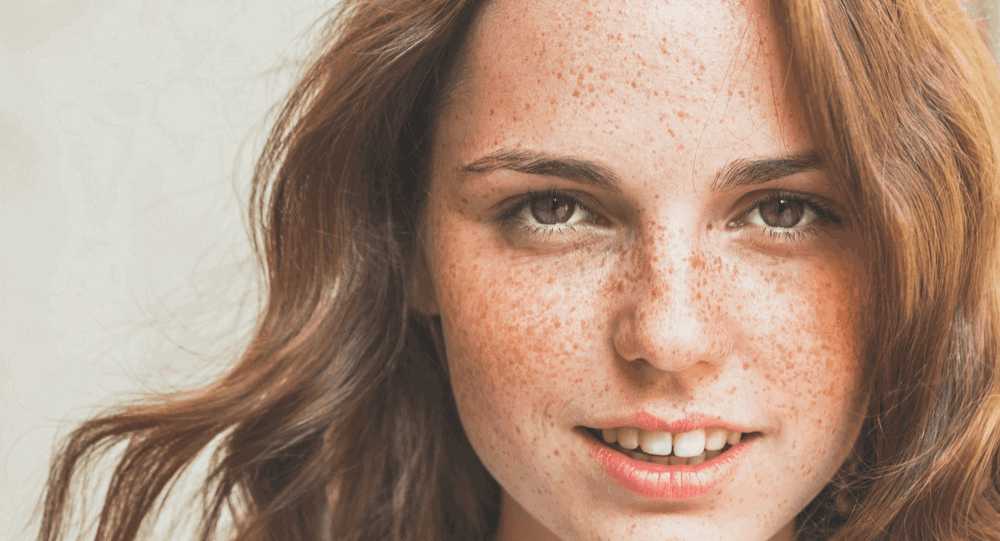 Men find it weirdly attractive in a woman that she initiates everything or most of the things. Men are usually expected to be the first ones to ask for everything so when someone goes off the usual track and makes them feel valued, they like it.

For some men, the initiator is the perfect kind woman. They know that, in the future, she won’t hold them responsible if anything goes wrong and will have enough sense to see who made the mistake because they are not a follower of gender norms. 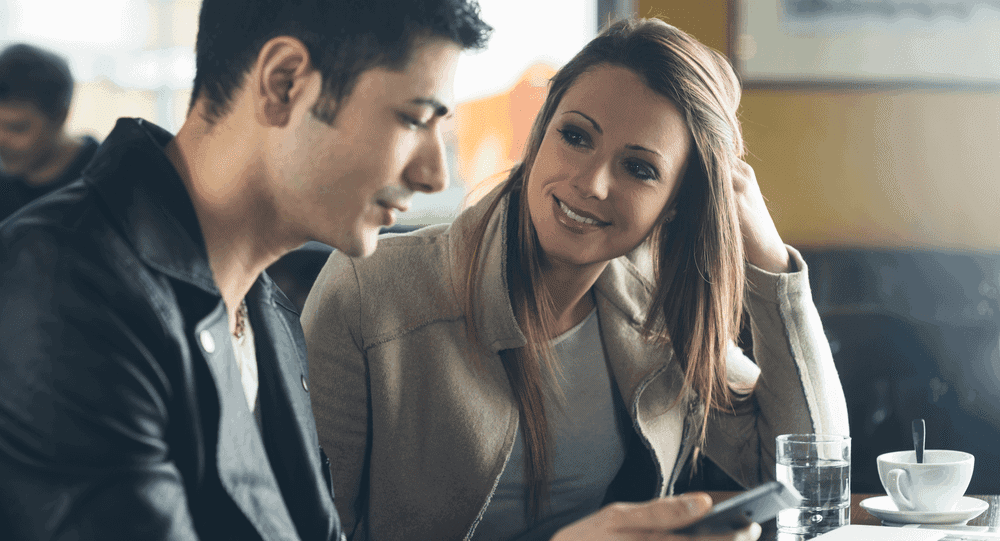 Some men have a thing for women who do not agree on anything less than what was agreed and are not afraid of calling it out. That is a kind of being bossy but in a different way. This is the kind of women who do not sit down and watch something wrong happening in any part of the world; this is the protesting kind, the kind that does not rest until the rights are earned. Speaking up about the wrong happening around you is never a bad idea.

If you are okay with chewing your hair and having pets rats like Phoebe, there is a Mike waiting for you out there. No matter how вЂout of the group’ you are and how many conventional things you don’t know how to do, you will be irresistible to that one guy either exactly like you or completely opposite of you. Some men find The Odd Ones very attractive for their peculiarity. 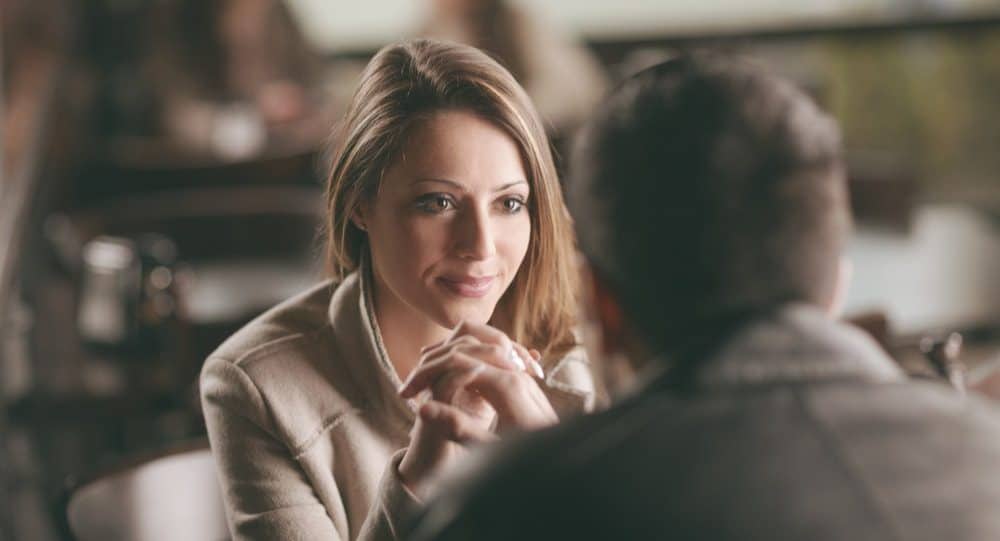 The kind of woman who owns up to her mistakes and knows how to make them right is what some men love; someone who is mature enough to understand that life has its ups and downs and stays ready to deal with everything that life throws at her. To be desirable or not, taking responsibility for your actions is never a bad idea.

Women, Talk to me

What do you find irresistible in men? Let me know in the comments below!

15 Questions You Wish You Could Ask Your Ex

Read More
Have you ever wondered that despite having a friendly dating relationship, why your girlfriend has left you? Why… 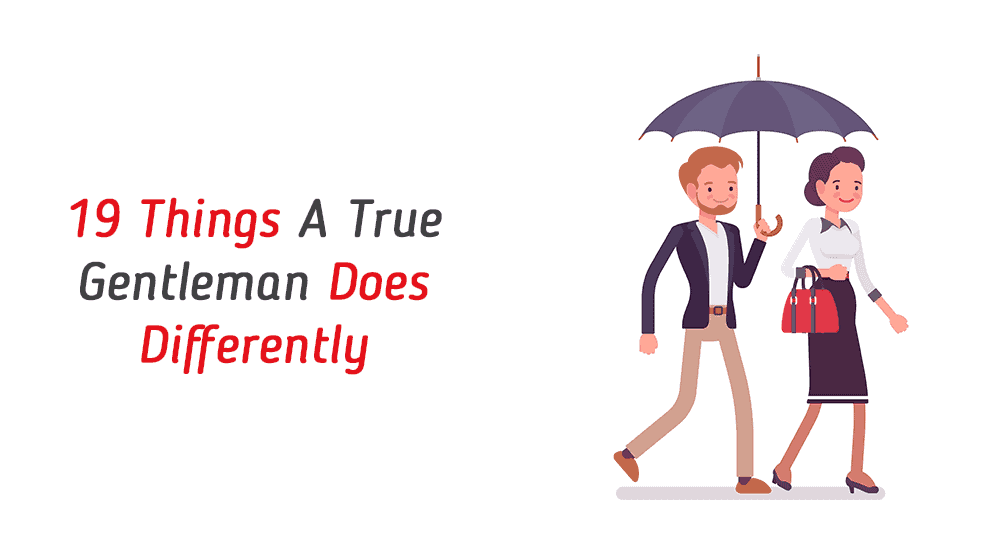 Read More
Chivalry is not dead. The art of the gentleman is very much alive and kicking. There are still… 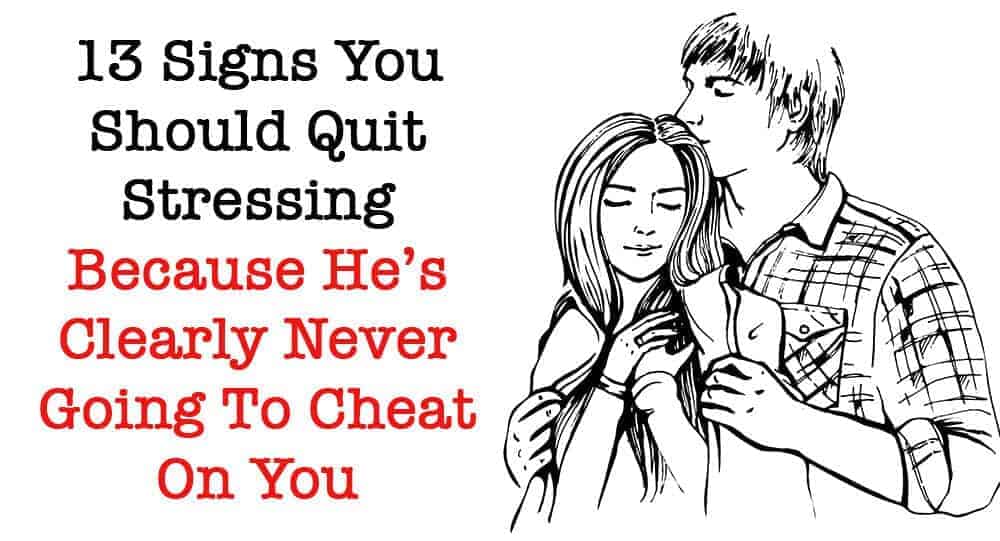 Read More
#5. He would never ever flirt with another girl whether or not you’re there to witness it. While…

Read More
A true gentleman will always respect his woman. They say that chivalry is dead but you can definitely… 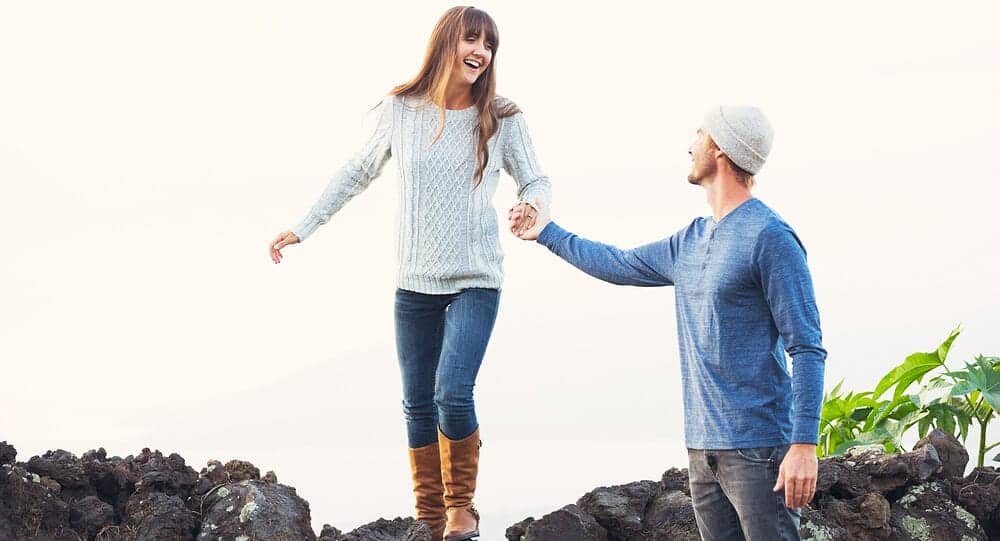 Read More
Let’s face it; the best part about relationships is being made to feel special, it’s the thing that… 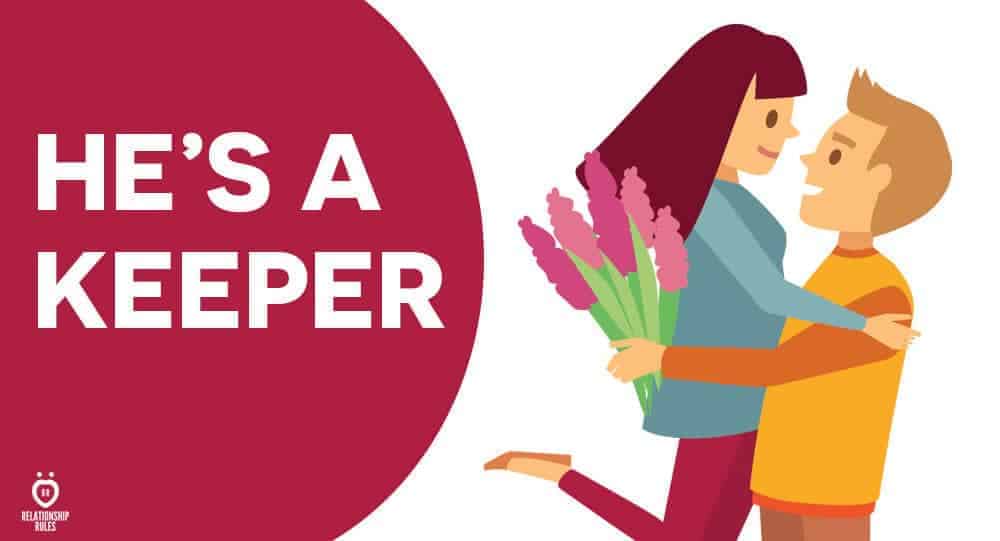 Read More
He is DEFINITELY a keeper! Commitment is one of the most important aspects of any relationship. If you’re…

We use cookies on our website to give you the most relevant experience by remembering your preferences and repeat visits. By clicking “Accept”, you consent to the use of ALL the cookies.
In case of sale of your personal information, you may opt out by using the link Do not sell my personal information.
Cookie settingsACCEPT
Privacy & Cookies Policy