After spending months on getting out of his deal to buy the social media platform, Elon Musk now officially owns Twitter.

According to Reuters, “Elon Musk has taken ownership of Twitter Inc (TWTR.N) with brutal efficiency, firing top executives but providing little clarity over how he will achieve the ambitions he has outlined for the influential social media platform.”

On Thursday, October 27, 2022, the CEO of Tesla, $44 billion, completed his deal and wrote on his official Twitter account, “The bird is freed.”

Later he posted a Tweet for the advertisers and shared his motive behind acquiring the largest social networking service.

“Our platform must be warm and welcoming to all, where you can choose your desired experience according to your preferences, just as you can choose, for example, to see movies or play video games ranging from all ages to mature.”

He said that Twitter users should keep in mind that their actions shall have consequences.

“Twitter obviously cannot become a free-for-all hellscape, where anything can be said with no consequences.”

In his open letter, Musk wrote that he believes that advertising when done right can show you how a product or service you never thought you would need can prove to be essential for you.

“For this to be true, it is essential to show Twitter users advertising that is as relevant as possible to their needs, as low relevancy ads are spam, but highly relevant ads are actually content!”

The business magnate also shared his reasons for buying the platform and wrote,

“There has been much speculation about why I bought Twitter and what I think about advertising. Most of it is wrong. The reason I acquired the company is because it is important to the future of civilization to have a common digital town square, where a wide range of beliefs can be debated in a healthy manner, without resorting to violence.”

The 51-year-old billionaire further said that he didn’t do it to make more money but to help the humanity he loves.

“And I do so with humility, recognizing that failure in pursuing this goal, despite our best efforts, is a very real possibility.”

Although the announcement of Musk officially owning Twitter didn’t come as a surprise, many people started questioning his future policies and whether he would make massive changes to the platform.

After his announcement, Elon updated his Twitter bio to ‘Chief Twit’ and also visited the company’s headquarters in San Francisco.

During his visit, “Musk fired Twitter Chief Executive Parag Agrawal, Chief Financial Officer Ned Segal, and legal affairs and policy chief Vijaya Gadde, according to people familiar with the matter. He had accused them of misleading him and Twitter investors over the number of fake accounts on the platform.”

“Agrawal and Segal were in Twitter’s San Francisco headquarters when the deal closed and were escorted out,” a source told Reuters.

After his takeover, many celebrities took to their official Twitter accounts and announced their discomfort and unhappiness with the news, and some even said that they were leaving the platform for good.

US television screenwriter Shonda Rhimes – the head writer on Grey’s Anatomy – has announced her departure from the site and wrote,

“Not hanging around for whatever Elon has planned. Bye.”

The executive producer of the family television drama series, This is US, Ken Olin, also left after tweeting,

Modern Family actor Josh Gad also tweeted about his uncertainty about continuing to use Twitter and wrote,

“Not sure if I stay or not. Leaning toward staying, but if today is a sign of things to come, not sure what the point is. Freedom of speech is great. Hate speech intended to incite harm, (with no consequences) ain’t what I signed up for.”

Meanwhile, actor and filmmaker Rob Reiner encouraged people not to leave Twitter as its time to preserve constitutional democracy.

“For those who are fighting to preserve our Constitutional Democracy, now is not the time to leave Twitter. Now is the time to VOTE BLUE!”

What are your views on Elon Musk owning Twitter? Let us know your thoughts in the comment section. 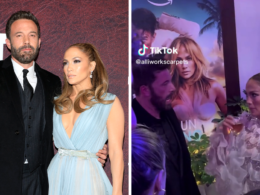