Here’s What You Are Addicted To, According To Your Zodiac Sign

Do you find yourself picking up habits more so than others? Like reading, smoking, or drinking too much coffee? As much as we want to keep life balanced, addictions get the better of us all. People have different addictions, which vary based on their Zodiac signs.

The addictions generally associated with the signs are as follows:

Being among the most active people who are always up and about, Aries tends to be a significant coffee addict. They need the high to keep them up and active 24/7. So expect your Aries to empty some cups of coffee at home and work. Have a look at one of the most read articles on how to love an Aries.

It keeps them alive. As soon as laziness starts to overtake an Aries, they will head to the kitchen and make themselves a cup of coffee or tea. You can also read our very famous articles on how to love an Aries and how you should be loved. 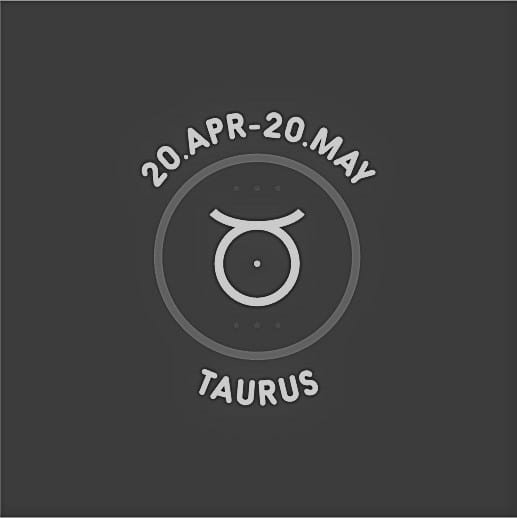 Taurians are big foodies, with an appetite the size of an elephant. They know very well how to enjoy food; they do so both in the company and themselves. For instance, you are on a date with a person who seems more interested in food than talking to you, and they are indeed a Taurian.

They attach their feelings and moods etc., to food. You will find a Taurian binge eating on both sorts of occasions celebrations as well as breakups. 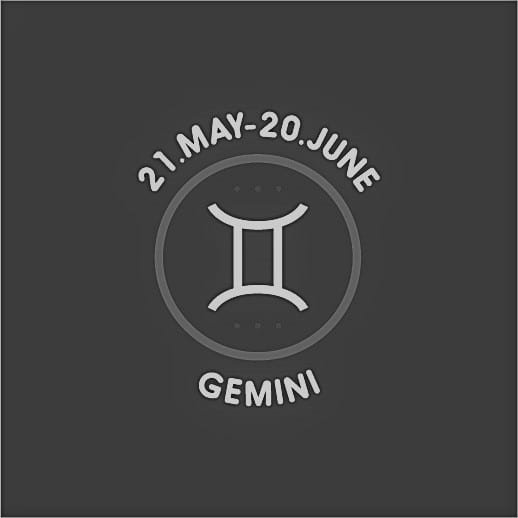 Geminis love smoke breaks during work when in public. They tend to distance themselves sometimes to light a cigarette. For example, a colleague who never misses smoke breaks and always looks forward to them is probably a Gemini. Also, read our separate article for Geminies: 5 Easy Ways to Love a Gemini. 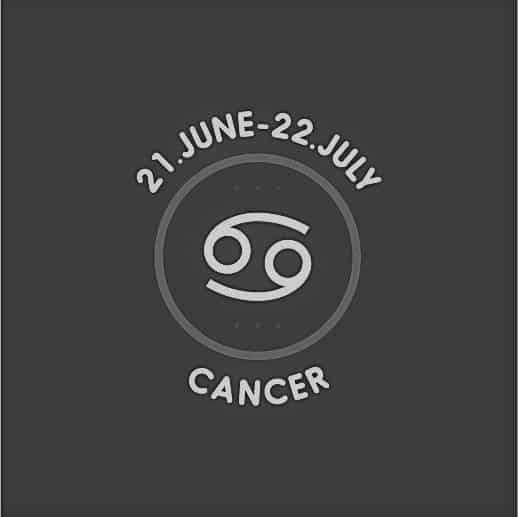 Being a water sign and hence absorbing things and feelings around them deeply, Cancerians are highly sensitive. That is why they always look for something to numb the pain to a dull roar. Whether it is a shoulder to cry on or accessible medicine, you might notice that a Cancerian always carries painkillers with them. Also, read ten things you need to know about a Cancerian woman. 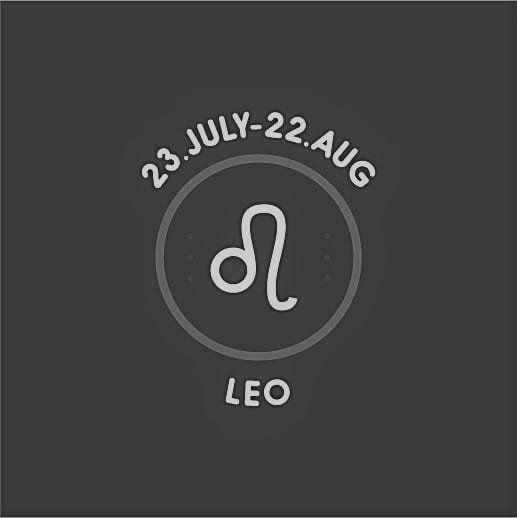 Leos are known to have a high ego; they love treating themselves well. That primarily includes going out to have some fun time, buying themselves nice things, and so forth. Since Leo tends to bend towards narcissism, they like owning things that make them look better than others. Read ten ways to make a strong relationship with a Capricorn!

Leos, therefore, will go overboard with shopping and will spend every penny if no one intervenes. So, since they love pampering and spending on themselves, shopping is their major addiction until they drop. 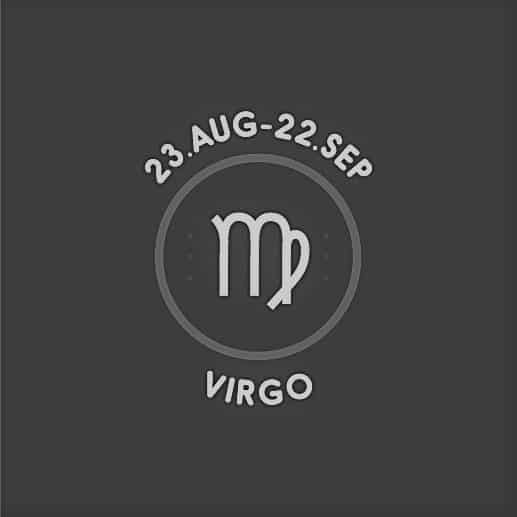 Virgos have the biggest hearts, and they are often the getting-less-than-I-give kind of people. They quickly fall prey to toxic relationships that destroy them emotionally. They go out of their way to love, care for, and help a person. Here are 13 things that you should know about loving a Virgo.

Yet, they forget the same feelings are not always reciprocated. Even when things get worse, Virgos hold on and never let’s go. They would let the other person hurt them but would never retaliate, which is to say they would rather stay with you and let you hurt them than say goodbye and move on. 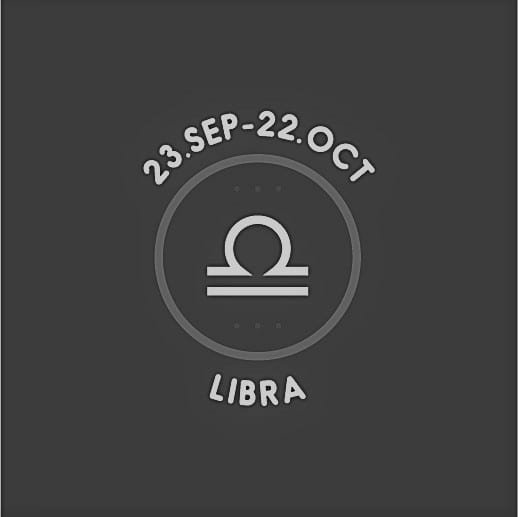 Since Libras are the most significant social butterflies, social media is their biggest addiction. They are the ones who you’ll see changing DPs most often, looking at their phones innumerable times, caring about how many likes they’ve got, and so forth. They can’t stay without the internet. It’s their best friend, in a way. Besides, keeping themselves in the loop matters a lot to them. >Why are Libras considered as the best long-term partners. Also, read Why Libras are considered the best long-term partners. 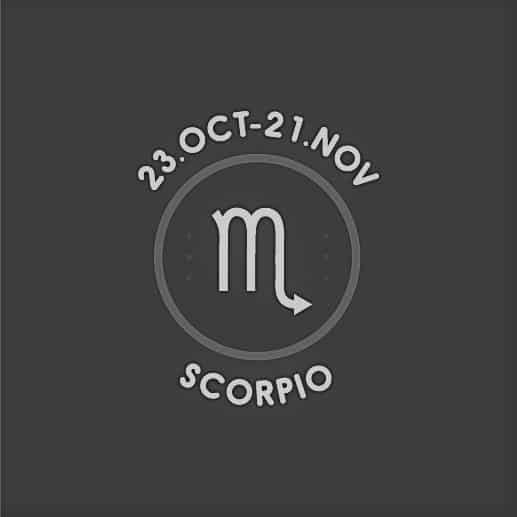 Scorpios are known for their intense, aggressive nature. That goes for intimacy too. Nobody can compete with their sexual skill. They take their sexual performance very seriously. Being as invested in intimacy, this addiction can sometimes turn into a vice. If you’re planning on dating a Scorpio, then you should know the  15 Brutally Honest things about Scorpios. 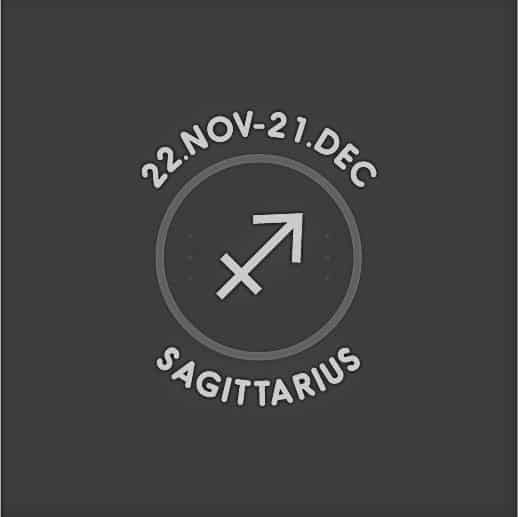 Sagittarians are well-known for their adventurous nature. They are known for their wanderlust. You’ll find Sagittarians with their bucket list of places to visit and things to see. They’re always up for spontaneous plans and long road trips. Also read, 10 Ways to Love a Sagittarius. 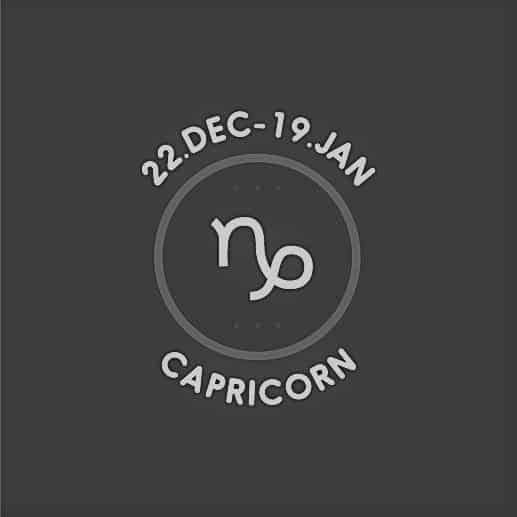 Work is the most critical factor for a Capricorn. They’re totally against wasting their time on trivial things, so working hard and achieving their goals matters most to them. They’re natural hard workers. For them, work defines their personality and their very existence. They get addicted to working so quickly that they forget about themselves, people, and the world around them. 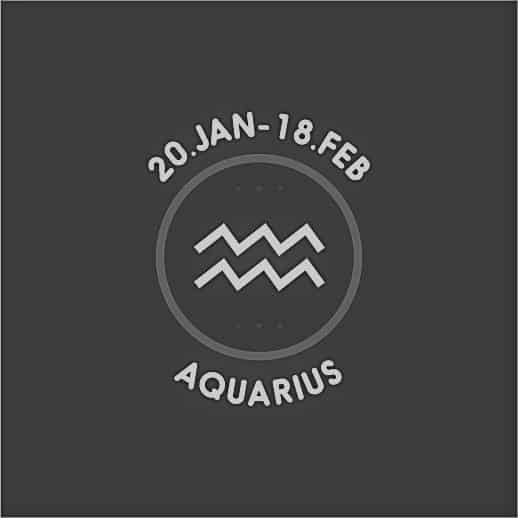 Aquarians have a breezy way of passing through life, so they love getting lost in their fantasies. Therefore, expect to see them getting lost in a video game or a book where they forget who they are and adorn someone else’s identity upon their own. You might think reading isn’t a vice, but too much of anything is wrong. It’s hard to bring Aquarians back into the real world once they get engrossed in such fantasies. Also read,  9 Things to Adopt For a Healthy Relationship with an Aquarius. 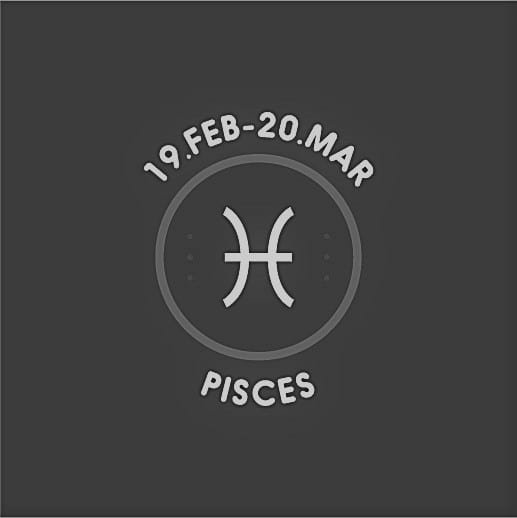 Having an overly sensitive heart that bruises easily, Pisceans are addicted to being romantics. They’re susceptible and will do anything and everything to make their feelings heard and felt. Also read, ten things you need to know about Loving a Pisces. 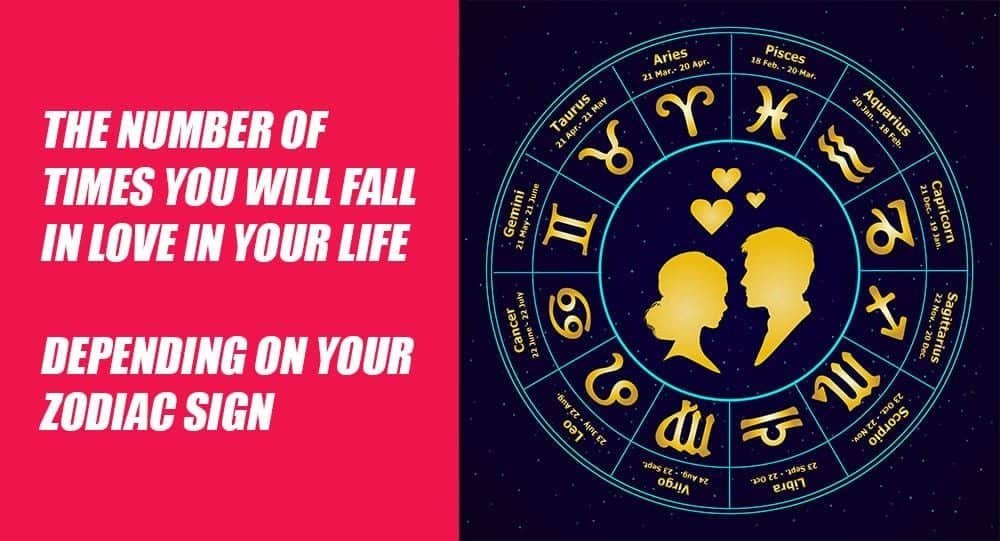 Read More
Aries (March 21 – April 19) As an Aries, you aren’t typically going to be known as the… Read More
THIS! Aries (March 21 April 19) You need to stay single until you meet that one person who…

Read More
Doesn’t it hurt when you feel like your partner is tired of you? How do you know when… 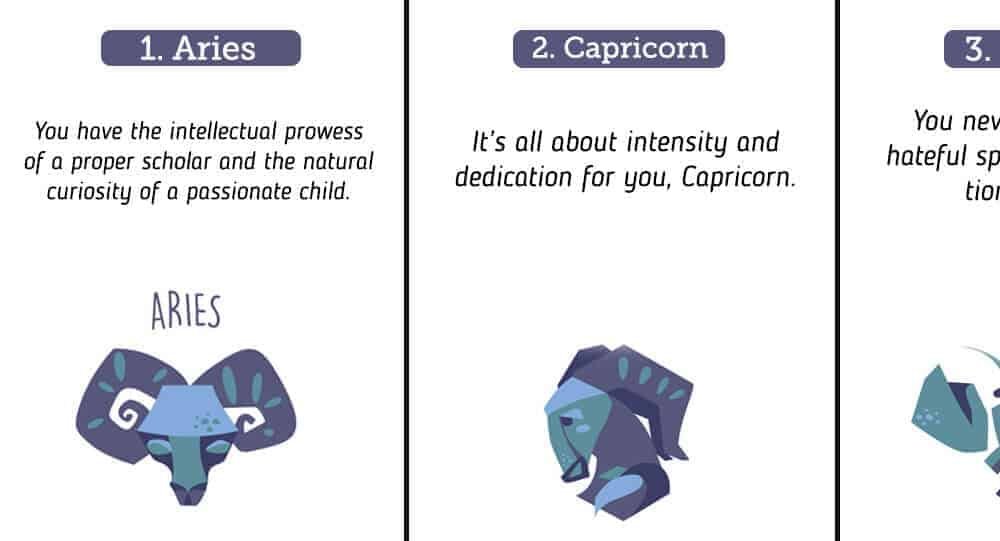 Read More
This is the type of man you should be looking for! Aries (March 21 April 19) You have… 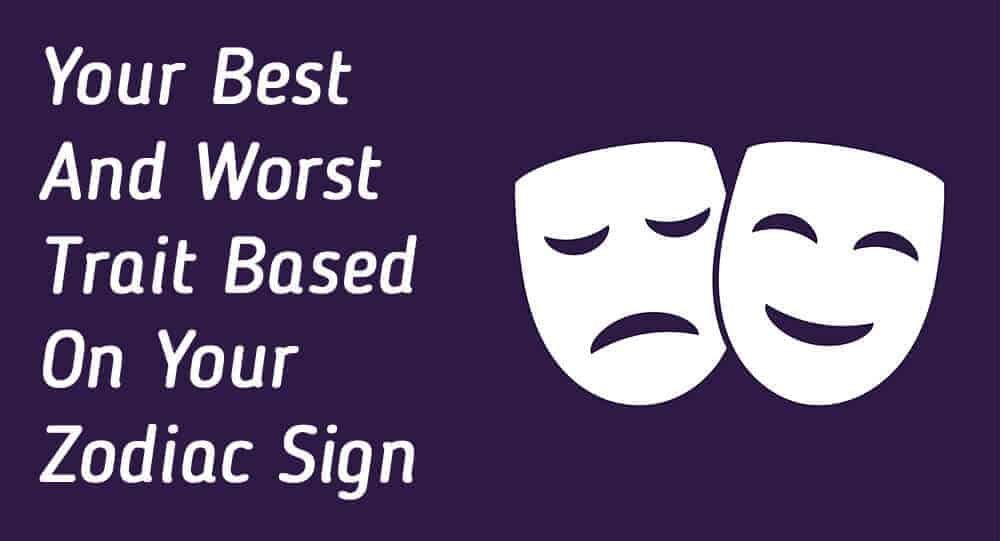 Read More
What’s your best trait? Aries (March 21 April 19) Your absolute best trait as an Aries is your… 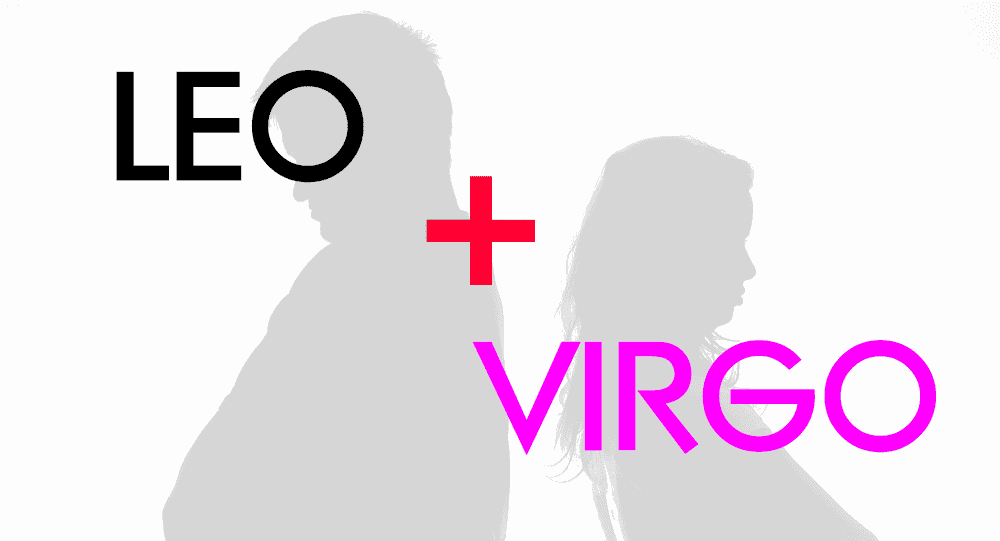 Read More
They say that matches are made in heaven but then why, at times, apparently heaven-made matches turn out…